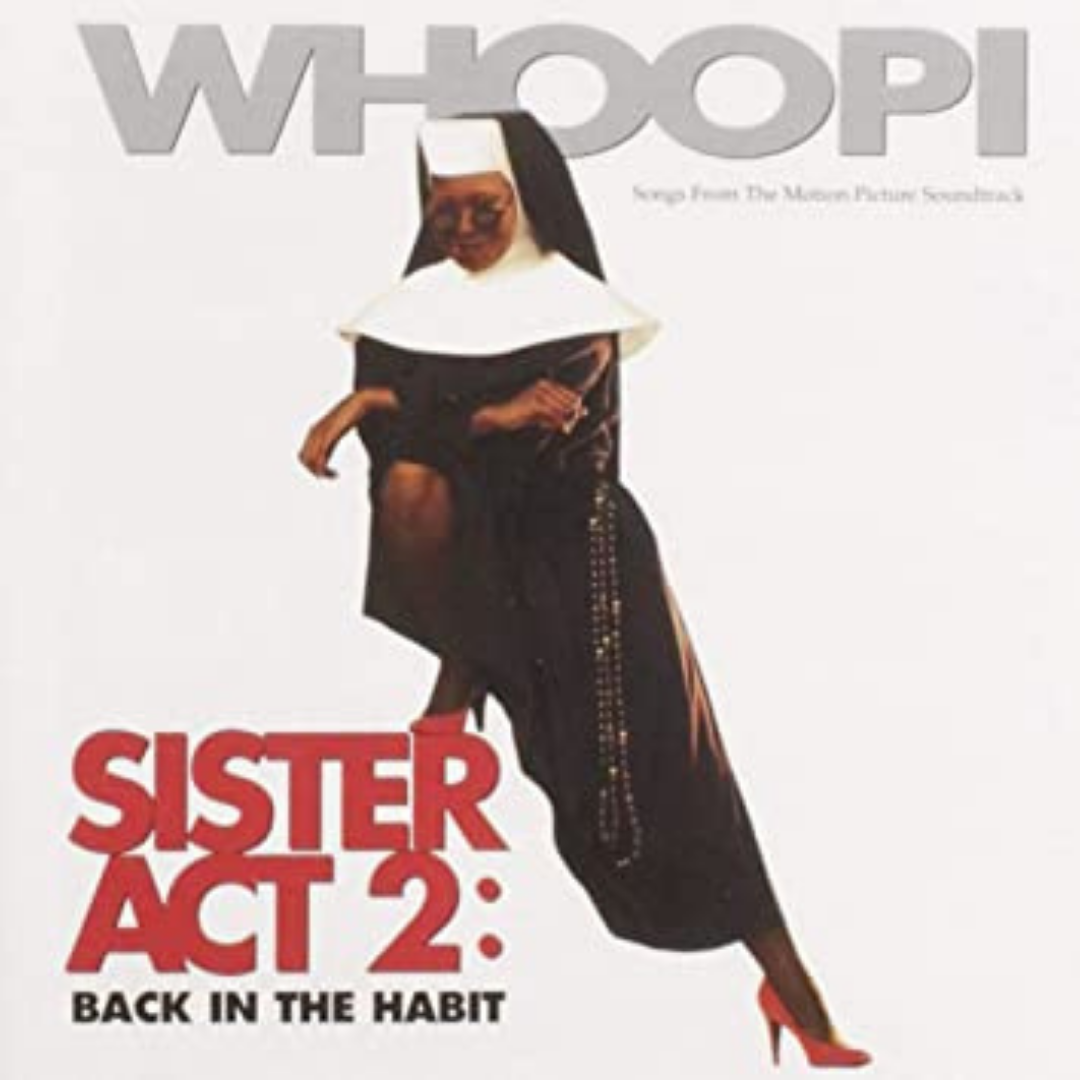 COVER STORY | As soon as Sister Act 2 begins we can tell that Deloris (Whoopi Goldberg) is in a much better space than at the beginning of the original. She’s moved from Reno to Las Vegas, NV, and her act looks liked it’s received some additional attention. From the props and costumes to the overall production and performance value; just major improvements all around. But when she hears that Mother Superior is desperate for her help, she’s off to San Francisco to lend a hand. Less reluctant than she had been in the original movie, but still needing a little arm-twisting, she agrees to assist the nuns by putting the robe back on and becoming a teacher to a group of dysfunctional teenagers.

Starting off with the group of unruly students, dealing with real-life teenage issues, Sister Mary Clarence saw past the pranks and tough time they gave her and brought out the potential in each of them. And really, movie plot aside, the singing is what makes this movie exceptional. This may have been my introduction to Lauryn Hill, Rita Watson in the film, and it was definitely a memorable one (at 8 years old I knew that lady could SANG). Her backstory just made her transformation throughout the film, from a rebellious teen acting out because she feels smothered at home, to a strong young woman whose talent can’t be denied by even her mom, more incredible.

Throughout the movie, there were several unforgettable scenes. Ahmal’s (Ryan Toby) performance in the cathedral (remember when he hit that high-note?), Sister Mary Clarence “overhearing” Rita singing with her friend Tanya on the piano (the friend was pretty good too!), and even the nuns showing off their skills at a local senior’s day event to get the students motivated. All these moments led a showdown with the stiff, 3-times state champion Chapman Choir from Orange County, Grant High School (they were basically King Koopa at the end of Mario and moved like a military battalion).

While the rigid performance and technical singing of the Chapman Choir may have carried them to victory in past competitions, an upbeat routine and mix between Hip Hop, R&B and Gospel music proved to be too much for them in the end. With their own rendition of “Joyful, Joyful”, the underdog choir from St. Frances High School, under the direction of Sister Mary Clarence, took the W. And with that win they were able to save their school from closing at the end of the semester and maybe, most importantly, changed the heart of a mother who was finally able to see her daughter’s talent. Someone ought to put some respect on that Las Vegas “Headliner’s” name.