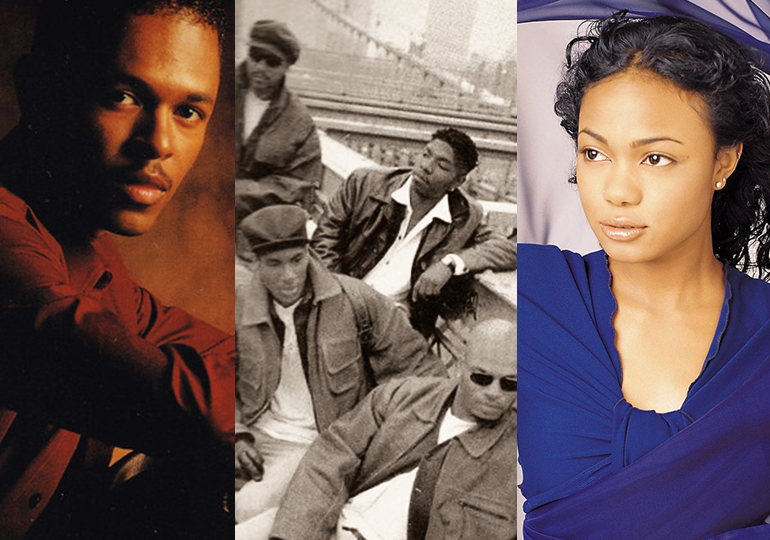 When you think of 90’s R&B, your mind immediately finds the typical figureheads of the era (TLC, Mary J. Blige, Aaliyah, Jodeci, Boyz II Men, etc.). For those who aren’t as deeply entrenched, there may be some albums that quietly bumped beneath the radar. Today, we salute some of those obscure yet solid LPs of the genre. If you don’t know, you bedda ask somebody. Let’s get into it! 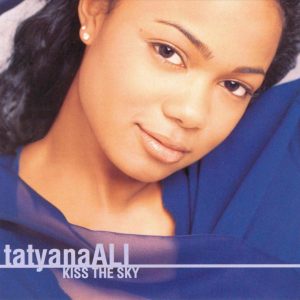 When Ashley Banks told ya’ll to ‘just mind your business’, she didn’t mean ignore her music career. Blink and you may have overlooked this 1998 debut from The Fresh Prince’s cousin. Released on Michael Jackson’s MJJ Music label, some may not have taken Tatyana Ali’s foray into music seriously but the actress turned singer made a valiant effort to stand apart from her beloved sitcom character. Lead by the summery bounce of the Darkchild-produced “Daydreamin’” featuring a rally of tight bars from Lord Tariq & Peter Gunz, the album is divided into two acts representing the dawn and dusk of relationships. From young love to sad farewells, both parts successfully intersect at love of friendship, companionship, and God. Additional production includes Vincent Herbert, Narada Michael Walden, and Shawn Stockman of Boyz II Men on the airy title ballad. Will Smith, of course, blesses the album with a guest rap feature on the funky, Bobby Caldwell-sampled “Boy You Knock Me Out” (with background vocals by Kelly Price). Wake up and kiss the sky. 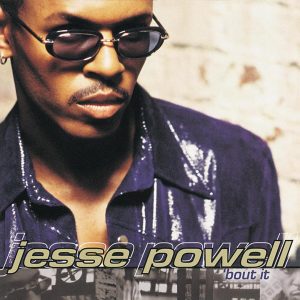 In case ya’ll missed it, Jesse Powell was out here being one of the greatest voices of the 90’s. Older brother to twin act Trina & Tamara (“My Love Is The Shhh”), he released ‘Bout It, in September 1998. The follow up to his 1996 debut that fell upon deaf ears, Powell cultivated a fresh sound by enlisting Rodney “Darkchild” Jerkins, LaShawn Daniels, and Kenny “K-Smoove” Kornegay on production with standout cuts “I Wasn’t With It”, “’Bout It, ‘Bout It”, and the Pharcyde-sampling, “I Can Tell”. The tour de force here is “You” – a song so hard to sing that no one bothers to touch it, cover it, or 90’s R&B Karaoke-it! The matrimony power ballad first appeared on Powell’s debut album but since none of us heard that, it resurfaced on “Bout It” to reach certified gold status on the charts and in our hearts. 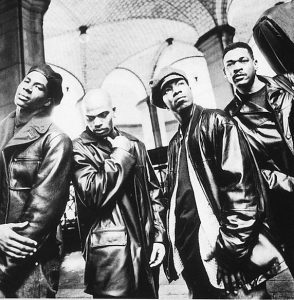 Add a cup of The Temptations, a tablespoon of Surface, and a quarter-cup of Troop, and you’ve got the makings of R&B group Solo, who built a buzz with major airplay on BET’s Video Soul. Under the executive production of hitmaking duo Jimmy Jam & Terry Lewis’ on their Perspective Records label, Solo emerged in 1995 to deliver an underrated doo-wop swing, self-titled LP.  Standout tracks like “Blowin’ My Mind’ and debut single “Heaven” were catchy, reminiscent, instant classics that you could’t help but to step to. Even if you were too young to remember Solo, I guarantee “Where Do U Want Me To Put It” was your auntie’s favorite jam. Also woven into the setlist are stylish covers of classic songs by Sam Cooke and The Drifters to school you on the Brooklyn quartet’s musical influences and prove that they have the range. 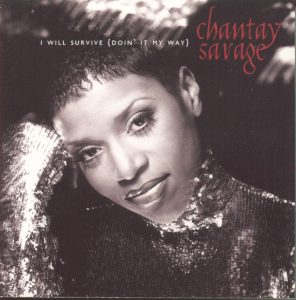 It is hard to make the world’s most cliché karaoke song your own, but Chantay Savage succeeded in giving Gloria Gaynor’s “I Will Survive” a balladry new sheen. Many, including myself, had never heard of Savage until this first single from her sophomore album was released in 1996. Aside from the smooth rendition, there are a handful of other soulful selections that make this album worthy to be acclaimed. Take one listen to “Pillow Talk”, “I’m Willing” or “Let’s Do It Right” and you’ll understand why you should be diggin’ on Chantay. 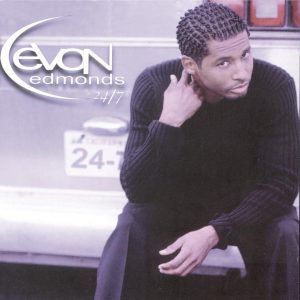 Kevon Edmonds had already been a platinum-selling vocal presence in R&B trio, After 7 (“Ready or Not”, “Heat of the Moment” and the short-lived Soul Food group Milestone (“I Care About You”). When After 7 split in 1997, Kevon introduced his solo career with 24/7. With writing and executive production by Kevon’s younger brother, this album was like a bonus Babyface album with a wider vocal range. Kevon’s falsetto soared, complimenting the heartfelt slow jams and sophisticated mid-tempo set that included lead single “24/7”, “No Love (I’m Not Used To)”, “When I’m With You”, and “A Girl Like You”, a family affair which features Kenneth and Melvin Edmonds. If you’ve never heard it or need a reminder, this is a listen that will lead you back to love. 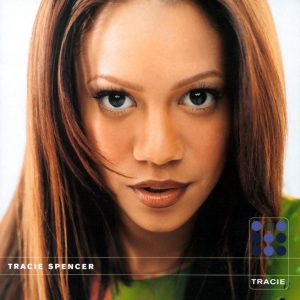 In 1999, Tracie Spencer shed her good girl image established through teenage hit single “Tender Kisses” and guest role as one of Eddie Winslow’s singing girlfriends to release her coming-of-womanhood return, entitled Tracie. To show ya’ll she wasn’t playing games, she declared her fierce comeback with the had-it-up-to-here cut, “It’s All About You (Not About Me)”. Her first album in 9 years, Spencer worked exclusively with Soulshock & Karlin to deliver a balance of contemporary and self-assured songs including “Still In My Heart”, “If U Wanna Get Down” “Love To You”. This was Tracie’s last recorded LP but every good sleeper deserves a reawakening. 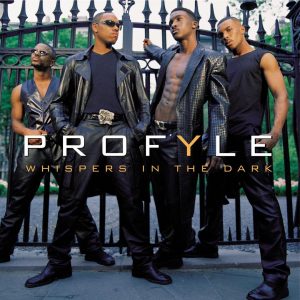 Perhaps it was the inundation of male R&B groups in 1999 that caused Profyle’s Whispers In The Dark to be swept by the tide. Nonetheless, this was an album I felt fortunate to experience that continues to be a mainstay in my heavy rotation 20 years later. From the opening bang of “Just Can’t Get You Off My Mind”, followed by the lead single “I Ain’t The One”, this Shreveport, Louisiana foursome came strong on their Motown Records debut. Signed by Kedar Massenburg, the church-grown vocals of members LJai, Baby Boy, Face and Hershey shine from bops (“Jiggy Girl”, “Too Shady”) to ballads (“Whispers in the Dark”, “I Won’t Cry”, “Make Sure You’re Home”) with strong pen and production by Brian & Brandon Casey of Jagged Edge, Joe, Teddy Bishop, Johnta Austin, Bryan-Michael Cox, Soulshock & Karlin, and Ginuwine. This sleeper-set is full of new songs to add to your G.T.D. playlist! 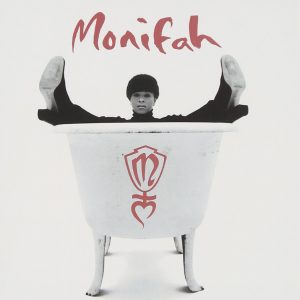 We don’t talk enough about Monifah’s contribution to the preservation of New Jack Swing, so I’m gonna! Following the departure of Andre Harrell, who became CEO of Motown Records, rapper Heavy D stepped up as the President and CEO of Uptown Records in 1995. As the label’s leading acts, Mary J Blige and Jodeci also left to sign with MCA, there was a major void to fill.  With Waterbed Hev’s co-sign, the Harlem rose became the new First Lady signed to the label’s revival. Premiering on the New York Undercover soundtrack, you couldn’t find a New York City urban radio station that wasn’t bumpin’ her hip-hop soul smash, “Miss You (Come Back Home)”. Monifah’s richly textured vocals cruise throughout “Moods…Moments”, her full-length set featuring production by Heavy D, Poke & Tone, and Vincent Herbert. The album merged soul with jazz, gospel and hip-hop on the laid-back “You”, the seductive “Lay With You”, “You’ve Got My Heart”, and the roll-bouncin’ “Nobody’s Body”. Although Monifah’s career didn’t reach the altitude of her R&B diva peers, this is a debut that soars to higher ground.