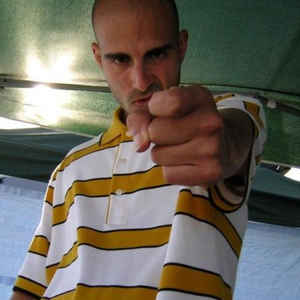 There are a lot of people we associate with the 90’s, and there are a lot of people that get overlooked. While I was listening to Jay-Z’s “Vol 3… Life and Times of S. Carter” I was reminded of an artist that doesn’t often get mentioned: Pain In Da Ass. While he wasn’t a rapper, he definitely made his mark in the game. I even had the intro to “Can’t Knock the Hustle” as my voicemail in the early 2000’s. Who doesn’t remember his legendary intros/skits? And he may be most known for Rocafella albums, but he has been featured on songs from other artists like Fabolous and Redman too. He also had acting roles in films like “Streets is Watching” and “State Property”.

Pain in Da Ass may not have been a household name, but he was certainly a well-known figure amongst fans of Rocafella Records with his intros and signature catchphrase “Ok. I’m reloaded” featured on several of the label’s songs. Fabolous featured Pain on “The Bad Guy” off of his debut album Ghetto Fabolous. It’s still one of my favorite songs.