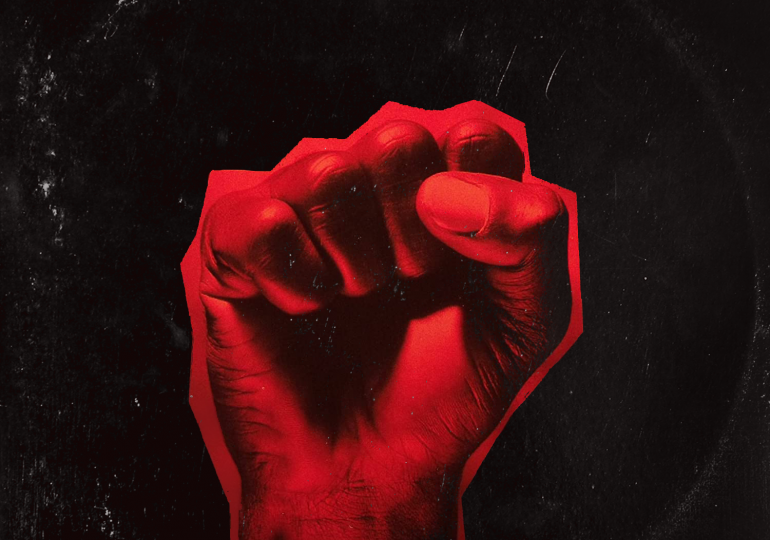 Songs of empowerment have been passed down through generations to tell the story of black culture. James Brown declared “I’m Black and I’m Proud” in the 1960s, a time when black people needed a chant of pride to call our own. In the 70’s, Marvin Gaye challenged the Vietnam War with his political magnum opus “What’s Going On”; and Donny Hathaway inspired our ancestors with the reminder that “Someday We’ll All Be Free”. As Black Music Month comes to a close, we recognize the rhythm and blues of the 90’s that continued to give our generation something to believe in.

Panther – Freedom (1995)
In 1995, Mario Van Peebles directed a gripping film about the rise of The Black Panther Party in 1966. Just as women were the backbone of the movement, they would prove to be the supportive pillar for the film’s theme song. Originally recorded by Joi for her 1994 album, The Pendulum Vibe, the sleeper was refreshed by Dallas Austin for the film. With arrangement by Angie Stone, “Freedom” featured over 60 of the most prominent female voices in music including Mary J. Blige, Vanessa Williams, TLC, Aaliyah, Zhane, En Vogue, Lalah Hathaway, SWV, Salt N Pepa, Xscape, Brownstone, Patra, and Me’Shell NdegéOcello. It would also be the first time we heard singing vocals from Queen Latifah. In an industry dominated by men, women were taking a stand. This level of Black girl magic has yet to be recreated or paralleled. Black women were protected. Black women were respected. Black women rise.

En Vogue – Free Your Mind (1992)
The funky divas rocked out for the third single from their 1992 sophomore smash album, amplifying their voices to address stereotypes that surround women of color. Written and produced by longtime collaborators Denzil Foster and Thomas McElroy, the lyrics shined an uncomfortable but necessary light on racism, sexism with pleas to “be colorblind, don’t be so shallow”.  A bold departure from hits like “Hold On,” “My Lovin’ (You’re Never Gonna Get It)”, and “Giving Him Something He Can Feel”, the female quartet delivered edginess while maintaining their flawless harmony over heavy drums and electric guitars. Although the misconceptions and societal ills are still prevalent today, Free Your Mind continues to be an anthem for girl power and the black experience.

Mos Def – Umi Says (1999)
Rapper Mos Def aka Yasiin Bey shares his most soulful work on Umi Says from his 1999 solo debut, Black on Both Sides. Reflecting on his conversion to Islam, Mos must first come to terms with every dimension of himself including his fears. In challenging times, he recalls the words of his “Umi”, the Arabic word for mother, to push forward. Known to be an MC, he braves the dream-like, nostalgic beat to embrace his singing voice. Through its imperfections, he not only speaks faith into his own journey, he encourages all of us to also look within. Each line is an authentic and intimate gaze into the dynamic of being a black man. “Sometimes I feel like crying / Sometimes my heart gets heavy / Sometimes I just want to leave and fly away”. Eventually, Mos reaches the level of affirmation reminding listeners that through fear and doubt you can still shine your light for the world to see.

Kirk Franklin – Revolution (1998)
1998 was a tumultuous year, from the scandal of Bill Clinton and Monica Lewinsky to U.S. embassy bombings in Tanzania and Kenya, to anthrax. In times of trouble, all the ends of the earth shall remember and turn unto the LORD. When gospel juggernaut Kirk Franklin teamed up with super producer Rodney “Darkchild” Jerkins, you could safely assume that it was going to be a holy ghost party. Backed by Franklin’s Nu Nation Project, their war cries (Whoop! Whoop!)  waged war against the tribulations of the world from black-on-black crime, fatherless households, racism, even hypocrisy within the church in hopes of bringing about change. The bass-laden gospel fest assures us that there will come a brighter day. When our backs are against the wall, we can always use a little more Jesus. PS: Yes that is Mr. Brown, Cora and Pastor John Gray in the choir. Whoop! Whoop!

TLC – Waterfalls (1994)
The ladies of TLC always knew how to deliver an anthem packaged in their bold brand of color and fun. Never shying away from the message of safe sex, 1994’s “Waterfalls” placed funk behind their mission to illuminate and educate their youthful fanbase on inner-city violence and the HIV/AIDS epidemic within the black community and beyond. Sharing stories about the consequence of carelessness, the trio brought their stylized sermon home with unforgettable finale of tongue-twisting bars by Left Eye. The Organized Noize-produced song and its distinguishable horn section would shake the world, earning T-Boz, Left Eye and Chilli a Grammy Award for Best R&B Album for CrazySexyCool. One year later year in 1995, there would be a medical breakthrough with FDA approval of saquinavir, the first medication available for HIV/AIDS patients. We can’t help but wonder if the message of “Waterfalls” poured into the progress. Whether so or no, the ladies used their freedom of speech to voice awareness, and that is always Ooooh on the TLC tip.