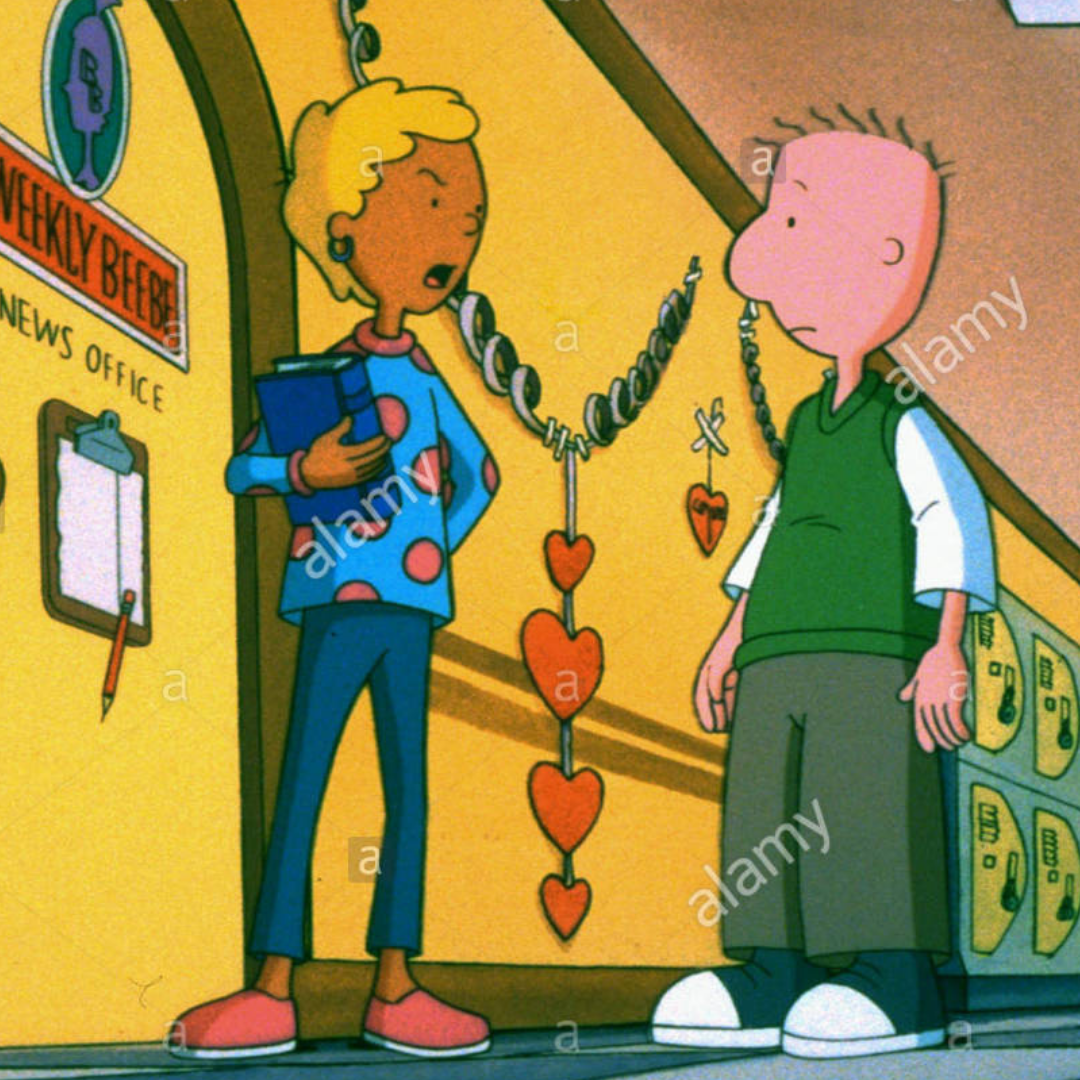 Different generations can debate over a lot of things like whose music was the best, or which era dressed the worst but when it comes to who had the best cartoons there is no debating. During my youth Bugs and his tunes and Mickey and company were around but they were older than my parents and kind of felt like it. I mean the internet and cell phones blew up during the decade, why are we still expected to watch rodents and farm animals play around in fields? But thankfully, along with the 90’s came a new group of cartoons. Animators had created updated characters and storylines for the kids of the time, and I don’t see the 70’s, 80’s or any other decade coming close.

Hey Arnold! Was about a group of school-aged kids (in a city that looked oddly similar to Brooklyn) that were dealing with everyday kid stuff; girls, classes, bullies and friendship. The scenarios the kids found themselves in were entertaining, and the supporting characters were diverse enough that it was relatable to most audiences. The show follows the life of Arnold, a 4th grader with a head shaped like a football, as he navigated through the struggles of primary school with his best friend Gerald, a candidate for “Most Popular” in the class, and their classmates. The show was eventually canceled because of disputes between the creators and Nickelodeon, the network it aired on. Of course, the adults would be the ones to ruin a good thing.

One of the attributes I loved most about some of the 1990’s cartoons was the writing. For instance, I don’t think that X-Men’s writers actually knew how to, or that they were supposed to write shows targeting children. There were some very adult themes throughout the series. From religious persecution to love triangles, nothing was off-limits. But it didn’t stop with the writing. The drawing of the characters seemed pretty adult as well. Maybe I was just a pervert, but I remember Storm, Jean Gray, Rogue, Mystique, etc. all having video vixen bodies, and all the guys looked like they lived in the gym or were on the same steroid regimen as the MLB through most of the 2000s. It was so bad (or good, depending on your perspective) that I would judge later shows that dealt with more age-appropriate topics and featured less sexualized characters. Those were the days.

One of my favorite Saturday morning cartoons, Doug was about a group of middle schoolers in Bluffington, a small town in the middle of nowhere. Doug was your normal preteen with all the awkwardness and lack of confidence that came with it. His best friend Skeeter, short for Mosquito Valentine (the show’s characters had some weird names) tried to help him navigate his new school as he ogled over Patti Mayonnaise (the love interest) and tried to avoid the wrath of the school bully Roger Klotz. The first four seasons were on Nickelodeon and weren’t actually aired on Saturday mornings, but it was re-released in ’96 on ABC under the name Brand Spanking New! Doug on their ABC Kids block.