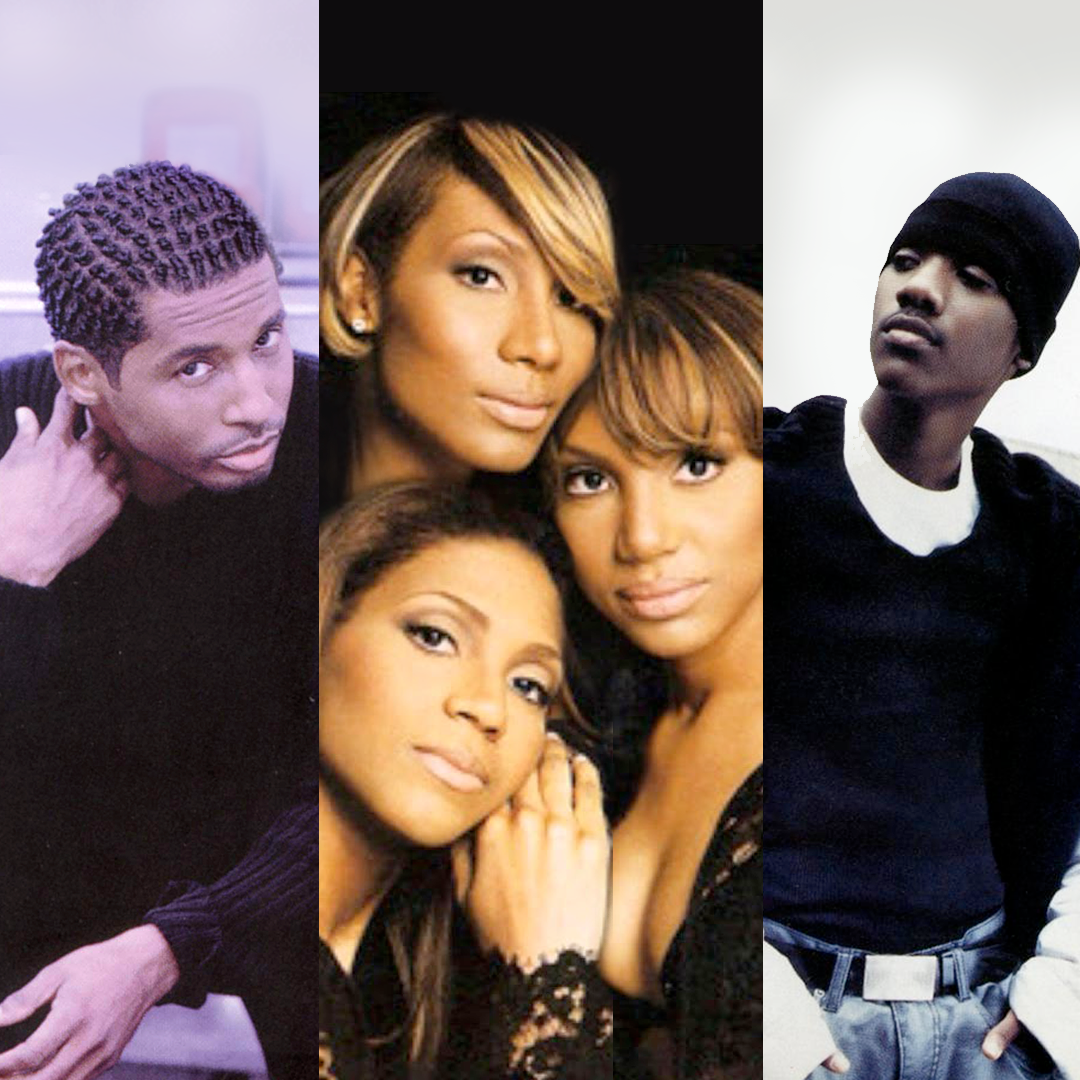 The only thing better than winning with your friends is winning with your family. In the 90’s, these soulful siblings stepped out of the shadows of their marquee brother or sister to embark on their own journey of rhythm and blues.

Ray J & Brandy Norwood
When Brandy introduced us to her younger brother, Willie Ray Norwood Jr. aka Ray J, he became the younger brother to all of us. As R&B’s sweetheart dominated the music charts, Ray elevated beside her with acting roles and his own debut album, Everything You Want, in 1997. With singles “Let It Go” and title track “Everything You Want”, Ray established a lane that blended soul, rap and funk. Beyond the music, Ray J has lived a storied life that has linked him romantically to Kim Kardashian, Pamela Anderson, Lil Kim, and the late legend Whitney Houston. Whether you love him or love to hate him, Ray J has mastered a longevity well-beyond 15 minutes. Although a multi-hyphenated singer, actor, host, reality television star and entrepreneur – he will always be Brandy’s little brother to us.

Chico DeBarge & The DeBarge Family
After serving five years of incarceration for drug trafficking, youngest brother of the royal DeBarge family, Chico DeBarge set on a path of departure from his siblings’ no-longer perfect image. In 1997, he released Long Time No See, a comeback album on Motown Records with songs like “No Guarantee”, “Love Still Good” and “Iggin’ Me”. Spawning comparisons to the prophetic styling of Marvin Gaye, DeBarge’s smoked-out, live instrumentational set chronicled the plight of a former convict looking to find his position and his love within a changed society. An early proponent of the Neo-Soul music movement, Chico’s exposed emotional scars and down-to-earth nature breathed new life into the once marred DeBarge legacy.

Kevon Edmonds & Babyface
It can be intimidating to be the older brother of singer-songwriter Kenneth “Babyface” Edmonds; unless of course, you have a voice like Kevon Edmonds. One-third of R&B trio, After 7, the group seized mainstream success quickly with a sound that benefited from Kevon’s distinguishable velveteen falsetto. Their eponymous 1989 debut struck platinum with hits “Ready or Not”, “Heat of the Moment” and “Can’t Stop”, allowing Kevon, brother Melvin Edmonds and Keith Mitchell to soar until disbanding in 1997.  Kevon ventured on his own to release his solo debut, 24/7. Collaborating with his super producer brother, Edmonds delivered a balanced slow jam and mid-tempo set that included title track “24/7”, “No Love (I’m Not Used To)”, and “When I’m With You” before choosing family first and reuniting with his bandmates.

Trina and Tamara & Jesse Powell
While crooner Jesse Powell shook the world of rhythm and blues with his 1998 hit ballad, “You”, younger sisters Trina and Tamara Powell were staging their own plan of impact. Hailing from Gary, Indiana, the fraternal twins first appeared as featured vocalists on the 1997 summer smash, “My Love Is The Shhh!” by Somethin’ for the People. Poised to release their eponymous debut album, they duo’s jam single, “What’d You Come Here For?”, peaked at #14 on the Billboard R&B/Hip-Hop charts. A brief but impactful career, the honey-coated vocals of Trina and Tanara are eternally part of some of the genres most memorable keepsakes.

The Braxtons & Toni Braxton
When sultry songbird Toni Braxton scored her solo deal with LaFace Records in 1992, she brought the whole squad with her. What started as a quintet with all the Braxton sisters in 1989 narrowed down to the trio of Trina, Towanda, and Tamar, billed as The Braxtons, for their 1996 debut (Traci Braxton would not join the ladies due to pregnancy). Their greatest success came in their cover of the Ashford & Simpson-penned 1979 Diana Ross hit, “The Boss”, which reached #1 on the Billboard Dance/Club Play charts. The group disbanded as youngest sister, Tamar, pursued a solo career with her self-titled album in 2000. Trina and Towanda would return to studio and touring background vocals in support of Toni’s flourishing career. In 2011, the ladies reunited for weTV’s reality series, Braxton Family Values, unpacking wounds from their youth, confronting past resentments, and proving that sisterly love is always thicker than music.

Formerly Known As: The Pre-Fame Names of R&B Bands