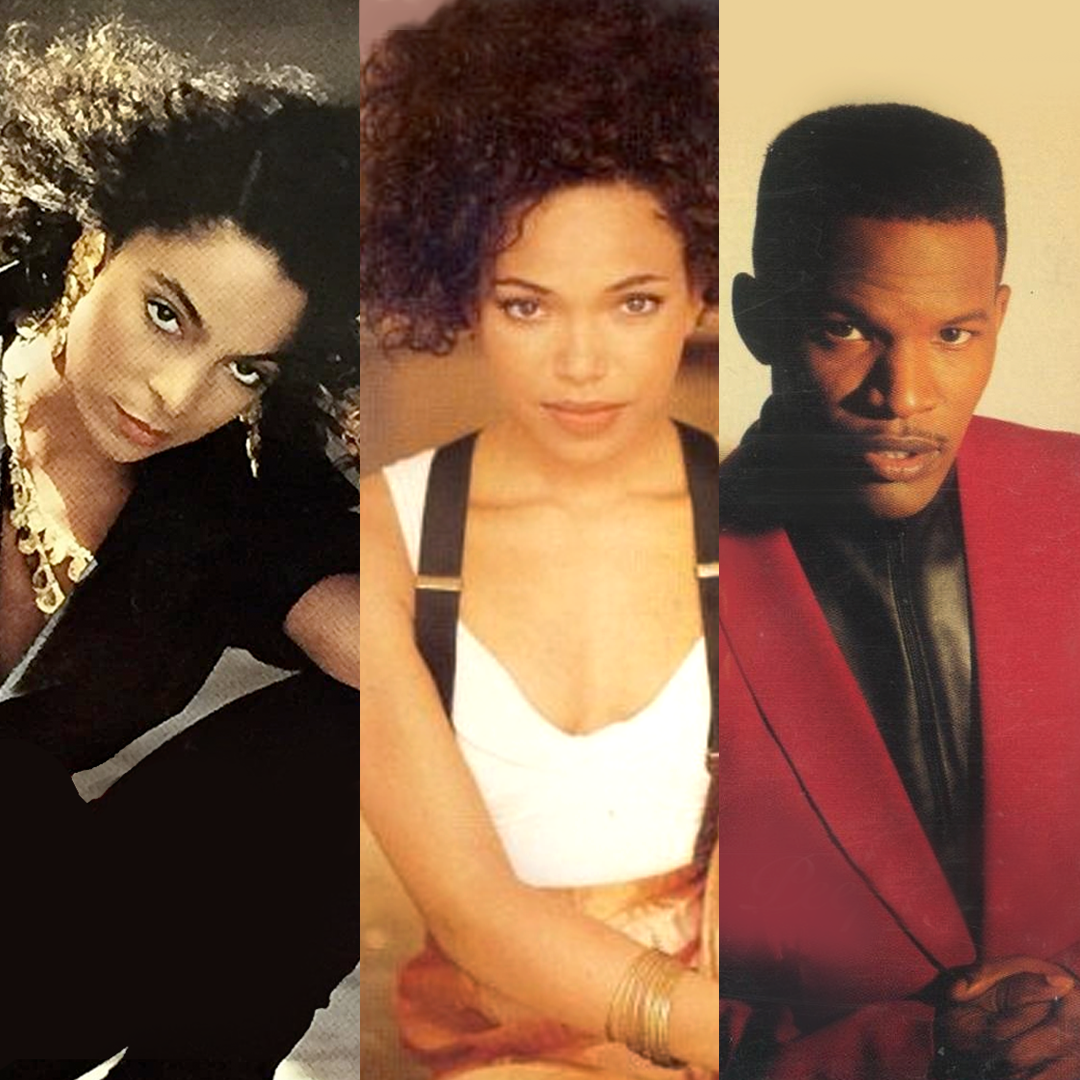 COVER STORY | In the 90s, black television and music were shared experiences that, sometimes, intersected pathways. Some of the era’s shining talent proved that they weren’t one-trick ponies but double, triple and quadruple threats. From acting to dance to modeling, they could do it all and DID it all, but nothing was more exciting than an actor who could sing! Let’s flashback to some of the sitcom stars who flexed on our television screens as well as in the sound booth to deliver some of soul music’s most experimental moments.

Jason Weaver
A foray into music was a natural transition for child star, Jason Weaver. Following landmark roles as Little Michael Jackson in the classic 1992 miniseries, The Jacksons: An American Dream, the role of Jerome Turrell, alongside Brandy Norwood, on the 1993 sitcom, Thea, and the landmark role as the singing voice of Young Simba in Disney’s The Lion King in 1994, Weaver’s future was bright and full of music. He released his debut album, Love Ambition in 1995 on Motown Records. Weaver delivered compositions from Keith Crouch (“I Can’t Stand The Pain”, “Love Ambition”, “So In Love”), Robin Thicke (“On Top of the Hill”), Tricky Stewart (“All Up Into You”), a cover of The Isley Brother’s “For The Love of You”, as well as Hakim Abdulsamad, Bilal Abdulsamad, Khiry Abdulsamad and Tajh Abdulsamad of The Boys (“Ordinary Guy”, “My Love”). Although a solid debut, Weaver’s heart belonged on screen, finding success in his role as Marcus Henderson on the sitcom, Smart Guy.

Jasmine Guy
Jasmine Guy was THE triple threat in the early 90s. The actress/dancer shined in the role of Whitley Gilbert on A Different World, adding another hyphen to her resume with a record deal. Signed to Warner Bros. Records, Guy had her pick of the finest crop of producers and collaborators for her highly-anticipated eponymous project. Recorded at Prince’s Paisley Park studio, she enlisted Chuckii Booker, Eddie F, Rex Salas, Timmy Gstling and castmate Cree Summer to charter her bold new adventure. For the album’s debut single “Try Me”, Guy linked with hitmakers Full Force for a funky new-jack swing bop that reached #14 on the US R&B Charts. She will always be our favorite southern belle.

Tisha Campbell
Tisha Campbell made her on screen debut as Chiffon in the 1986 musical comedy, Little Shop of Horrors. After her leading role as Jane Toussaint in Spike Lee’s School Daze, she landed the role as Sydney in the House Party film series. While starring as Gina Waters-Payne in the iconic series, Martin, the ingenue scratched her musical itch. Tisha, the eponymous album was released by Capitol/EMI full of funky anthems produced by Vassal Benford, Derek Bramble and her mother, Mona Campbell. The album’s leading single, “Push”, hit airwaves in 1993 produced by Hip Hop sensation, Vanilla Ice, followed by the jazzy swing of “Love Me Down”. Acting may be her true calling, but Campbell always finds a way to incorporate her love for music and dance into her performances, reminding us that she is still here!

Tatyana Ali
The youngest member of the Banks family, little Ashley Banks grew up before our eyes. No longer a little girl, she offered us a sample of her musical desires on later seasons of The Fresh Prince. In 1998, she took her passion for music to new altitudes with Kiss The Sky, her debut album released on Michaal Jackason’s MJJ Music label. Supported by production from Rodney “Darkchild” Jerkins, Vincent Herbert, Narada Michael Walden, Darren “Limitless” Henson, Shawn Stockman of Boyz II Men, Tatyana Ali soared on this Godl-certified debut with guest appearances by Lord Tariq & Peter Gunz, Kelly Price, Chico DeBarge, and The Fresh Prince himself, Will Smith, who appears on her sophomore single, “Boy You Knock Me Out”.

Jamie Foxx
From Wanda to Carl “The Tooth” Williams, Jamie Foxx’s wild and unpredictable characters rocked our world and gave us quotable lines during his five years as a member of the sketch comedy ensemble on In Living Color. Following his tenure, he pursued his greatest love, music. Peep This, Foxx’s debut was released in 1994 by Fox Records, with each song written and produced by Foxx. When the comedian landed his own sitcom, The Jamie Foxx Show in 1996, he chronicled his journey from acting to music through his on-screen persona as well as in real life. Ten years later, the actor would shake the world with a Academy Award win for Best Actor for his role as Ray Charles as well as Grammy Awards for his “Golddigger” duet with Kanye West and his colossal hit “Blame It” featuring T-Pain, proving that you can balance a life of acting and music.