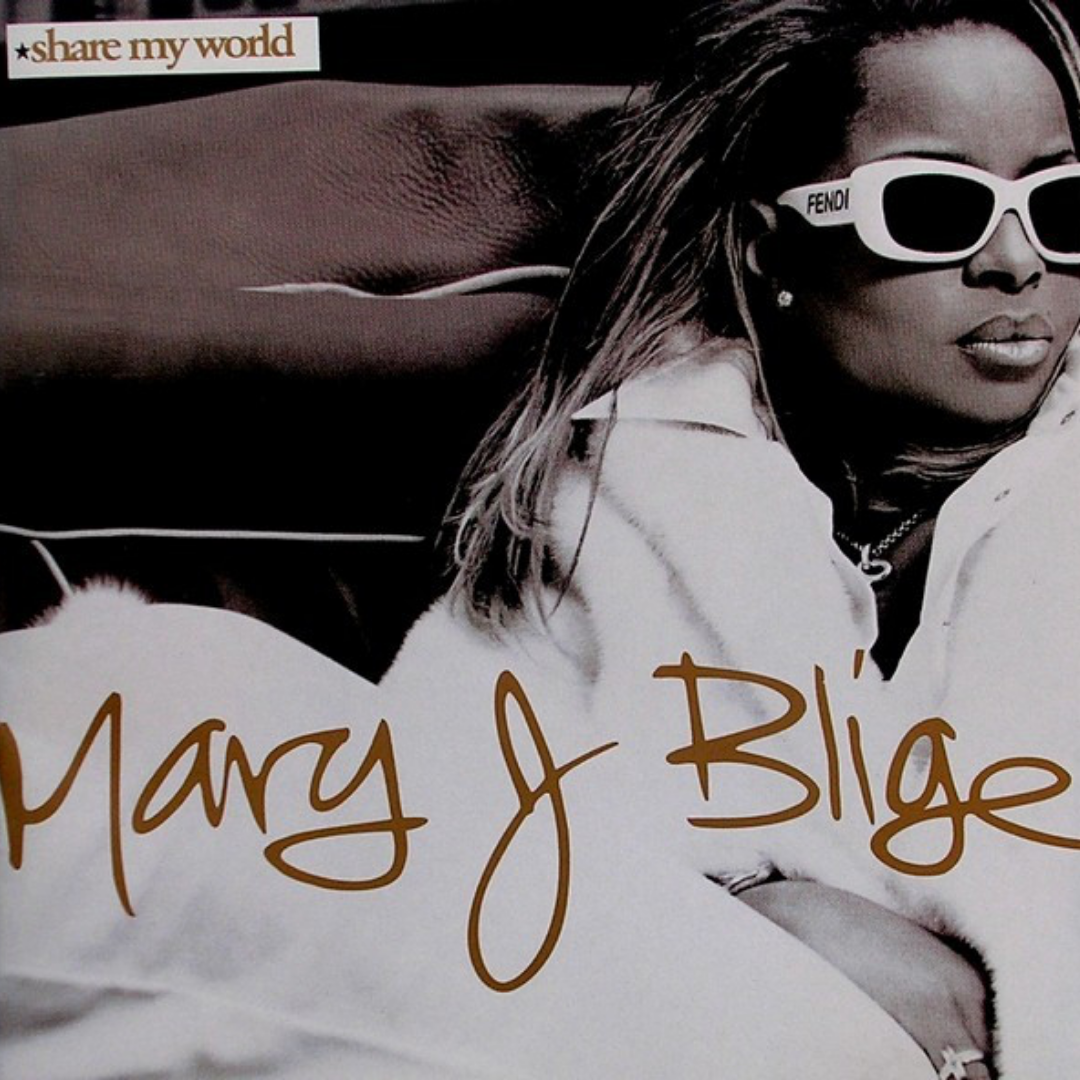 Share My World is the third studio album from Mary J. Blige. Released on April 22, 1997, this is the album where her sound began to shift from hip-hop soul to more R&B. At its core, it was still Blige’s signature style except on a softer scale. This is the first album she released under MCA records after leaving Uptown, and also the first since severing ties with Sean “Puffy” Combs. On this album, she had a range of producers to include: Rodney Jerkins, Babyface, Jimmy Jam and Terry Lewis, R. Kelly, and so many more. Share My World was Blige’s first album to reach No. 1 on the Billboard Top 100 charts and featured artists such as Lil’ Kim, Nas, The Lox, George Benson, and Roy Ayers. In addition to topping the charts, this album was certified double platinum by the RIAA in November of 1997 and earned Blige an American Music Award and Soul Train Lady of Soul Awards for Best R&B album. Here are a few of the most notable tracks from Share My World.

I Can Love You ft. Lil’ Kim

This single gives us classic Mary J. Blige. Produced by Rodney Jerkins, Blige sings about wanting the love of someone who may or may not feel the same about her. As she professes her love, you feel each lyric as she declares “I can love you better than she can.” Adding Lil’ Kim to the track is like the icing on the cake. Perfectly fused with Blige’s sound, Lil’ Kim delivers bar after bar, reminding us why she will forever be the Queen Bee. This song is reminiscent of Blige’s earlier works and is a great start to the album.

“Seven Days” is by far one of my favorite Mary J. Blige tracks off of this album. Written and produced by Malik “Zavy Kid” Pendleton and ft. George Benson, this is Blige at her core, sharing relatable experiences and making you reflect on your own. In this song, Blige sings about falling in love with a dear friend and not wanting things to change after they’ve been intimate. It’s the classic tale of being torn between wanting more with a friend, but wanting to keep the true foundation of that friendship. It’s a sticky situation that can make or break any relationship. Believe me, I’ve been there before.

This is such a feel-good song. It’s warm, light and you can’t help but smile when you hear it. Produced by Jimmy Jam and Terry Lewis, it tells the story of falling in love and gushing over the person you’re with. It is definitely on the softer side than the songs we’re accustomed to hearing from Blige. It fits perfectly with the growth of not only Blige’s sound but her growth as an artist and woman. Besides who doesn’t love a great love song? This will be a great addition to that cuffing season playlist.

I could go on and on about this album and how great it is, but for the sake of this article and people’s attention span, I’ll just leave this here. Feel free to take a trip down memory lane and revisit Share My World. I promise you won’t regret it.