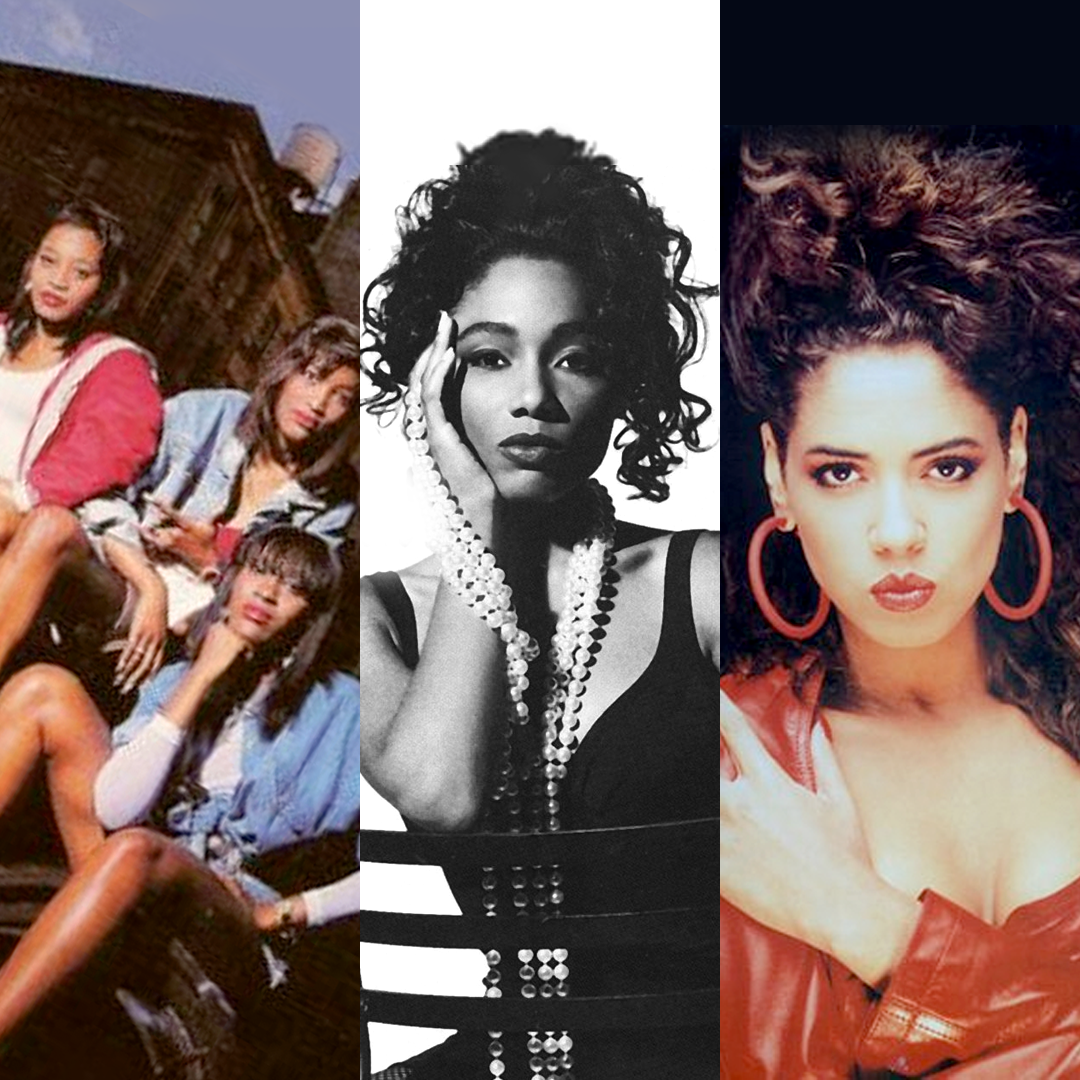 Often neglected from the narrative is the role that female artists played in the genre’s legacy. More than just objects of men’s affection, these swingbeat sistas leveled the playing field by proving they could hang with the boys.  As we close out Women’s History Month, we celebrate the ladies of New Jill Swing.

En Vogue
When the Funky Divas hit the scene in 1990, the quartet blended exquisite harmonies over street beats crafted by producers Denzil Foster and Thomas McElroy. On the group’s swingin’ debut single, “Hold On” we are lured by the acapella intro of The Jackson 5’s “Who’s Loving You” followed by a lethal bassline that grips tight and never lets go.

SWV
Coko, Taj and LeeLee showed dexterity throughout the decade by delivering classic ballads like “Weak”, “You’re Always on My Mind” and “Rain”. It was the trio’s groundbreaking 1992 debut, It’s About Time, that brought enough attitude and powerful vocals on tracks like “Right Here”, “I’m So Into You” and “Anything” to disrupt the domination of their male counterparts.  It was truly about time.

Whitney Houston
When the rising diva sought street-cred for her 1990 third album, she called upon producer Kenneth “Babyface” Edmonds to give her an edgy new sound. Similar to his successful work on Bobby Brown’s 1988 magnum opus, Don’t Be Cruel, the result was a collection of audacious, headstrong lyrics set to drum-heavy melodies that included the “I’m Your Baby Tonight” and “My Name Is Not Susan”.

Karyn White
We don’t credit Karyn White enough for her pioneering presence as the Queen of New Jack Swing. Her 1988 self-titled debut was crafted by the titans of the genre featuring production by Jimmy Jam & Terry Lewis on the energized No.1 single “The Way You Love Me’, and production by Babyface on “Love Saw It” and the bonafide anthem, “Superwoman”. She created a space for future females to flex their own superpower.

Pebbles
She may have gotten a bad rap because of poor business practices with TLC, but first and foremost, Perri “Pebbles” Reid a boss. When she released her New Jack Swing-infused debut album in 1987, she didn’t just sit in her pretty. She had a clear vision of the artist she wanted to be and the music that she wanted to make. Tracks like “Girlfriend” and “Mercedes Boy” put women in the driver’s seat, defining the approaching decade and garnering the songstress Platinum-selling status.

Jody Watley
The first lady of late 70’s-early 80’s group Shalamar found new life for her solo career by becoming an early adopter of the New Jack Swing movement. Her 1987 solo debut was led by “I’m Looking for a New Love”, a melting pot of house, pop, dance and R&B which appealed to the masses. In that year, Watley would win a Grammy Award for Best New Artist while sitting pretty atop Billboard’s Hot 100, R&B and Dance/Club charts.

Gyrlz
Former backup singers to  Al B. Sure!, the short-lived group Gyrlz often falls beneath the radar as a proponent of the subgenre. The teenage trio which consisted of Tara Geter, Terri Robinson, and Monica Payne, was signed to Uptown Records, working alongside Teddy Riley on their 1988 debut album. Once disbanded, members of the group became torch bearers to the new generation of artists with Gater penning Mary J. Blige’s “Deep Inside”. Terri Robinson went on to write some of your favorite songs from the decade including Soul For Real’s “Candy Rain”, and “Can’t You See” by Total.