The Song That Got Away 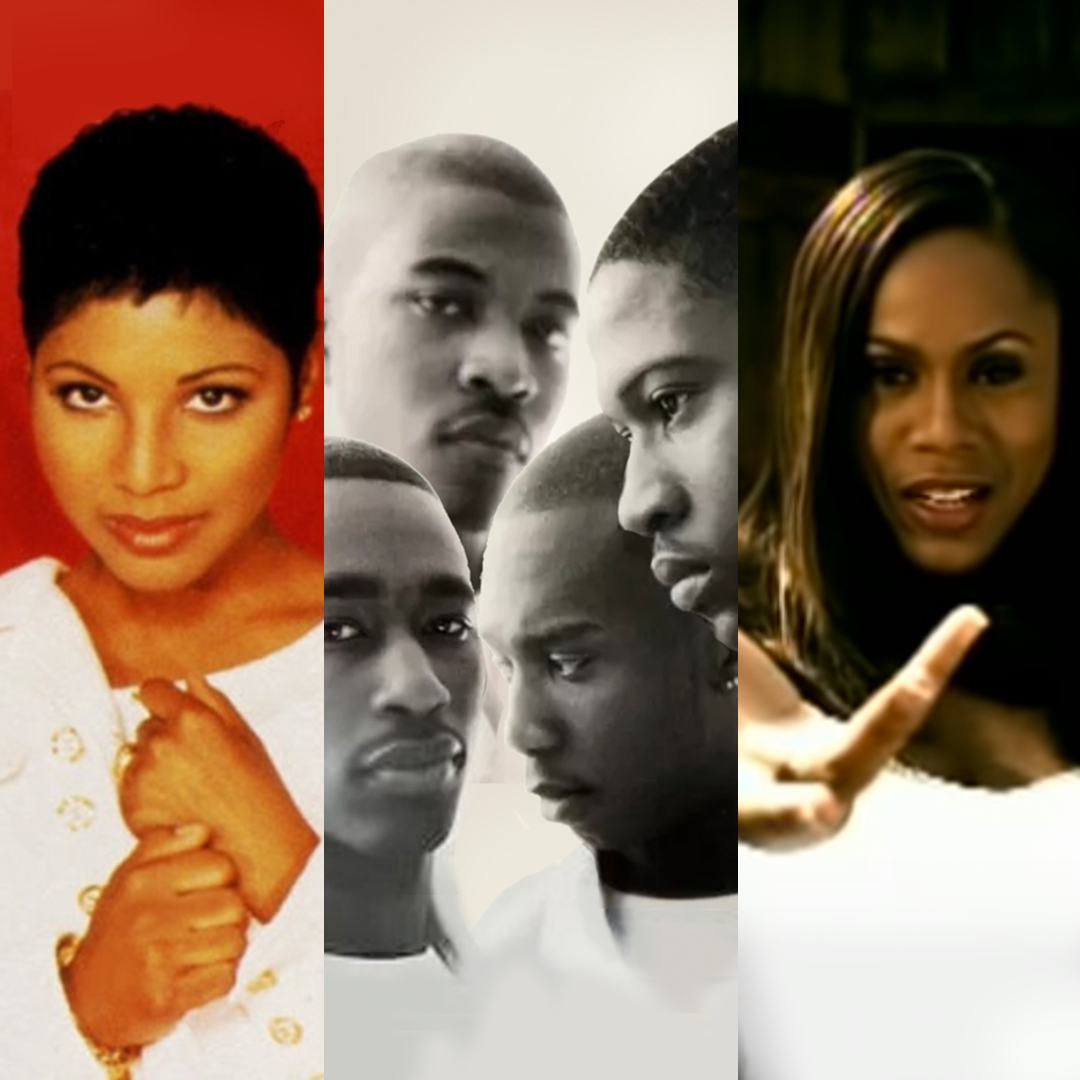 They say one man’s refuse is another man’s treasure. The old adage proves just as true when it comes to some of our favorite 90’s R&B songs. Although they may have been originally intended for another singer, these beloved songs turned out to be a blessing unto the artists who finally performed them.

Toni Braxton – Love Shoulda Brought You Home
“The girl on the demo sounds great; let her sing it!” Thank you, Anita Baker for saying “No” to what would be Toni Braxton’s debut single. Newly signed to Babyface and L.A. Reid’s LaFace Records, the husky-toned Braxton recorded the song’s demo which was submitted to Anita Baker for consideration. Due to pregnancy, the songstress declined the song with a brilliant alternative suggestion. The rest is history with a nearly 30-year career as one of R&B’s greatest living legends. We’ve been caught up in the rapture of Toni Braxton ever since of this track premiered on the 1992 Boomerang soundtrack!

112 – Now That We’re Done
R&B group Boyz II Men recorded over twenty songs for their Grammy Award-winning album, II. Produced by Tim & Bob and written by Wanya Morris, “Now That We’re Done”, unfortunately missed the final cut. Echoing the vibe of Cooleyhighharmony’s moan-ificent “Uhh Ahh”, it found its way to Q, Mike, Slim and Daron better known as 112, who dusted off the song as the seductive first track on their 1996 eponymous Bad Boy Records debut. Although never released as an official single, “Now That We’re Done” remains a fan-favorite and perhaps one of their greatest recordings.

Deborah Cox – Nobody’s Supposed To Be Here
Believe it or not, “Nobody’s Supposed To Be Here” was the song that almost wasn’t. Co-written by Montell Jordan and Shep Crawford, the gospel-tinged slow-tempo was composed with Patti LaBelle in mind; there’s even an interpolation of “If Only You Knew” in the lyrics that references the diva’s 1983 hit. Patti declined the song, leaving it without a voice. The demo was shopped around for over a year with potential interest by Kelly Price and Faith Evans but unclaimed until being played for Clive Davis. When it was presented to Arista recording artist Deborah Cox, she immediately connected and owned this song, delivered vocals that soared into the rafters. “Nobody’s Supposed To Be Here” catapulted Cox’s career and stands tall as her most successful song to date, continuing to astonish listeners and fellow singers that attempt the current #deborahcoxchallenge.

702 – Where My Girls At?
Many producers were vying for the opportunity to work on the long-awaited third album from TLC, the 90’s most successful girl group. 1999’s Fanmail was full of assertive female anthems for the anti-Scrubs, with the exception of one submission that slipped away. Written and produced by Missy “Misdemeanor” Elliott, “Where My Girls At?”, was passed along to Las Vegas trio, 702. As lead single for their eponymous sophomore album, the tough, don’t-mess-with-my-man jam had us all putting one hand up (can you repeat that?). Remaining in the Top 20 of the Billboard charts for 30 consecutive weeks, it became the group’s signature song and remains their biggest hit. In later interviews, TLC revealed that they regretted not recording this song but everything meant for ya, ain’t meant for ya!

Brownstone – If You Love Me
Hot off the heels of penning Anita Baker’s Grammy Award-winning, “I Apologize”, Gordon Chambers composed a smooth, sweet and catchy tune for R&B girl group, Jade. When the group rejected “If You Love Me”, it founds its true purpose as the first single released by Michael Jackson’s MJJ Music female soul trio, Brownstone – and we are so glad it did! It’s hard to imagine anyone else besides the strong as stone, earthy-colored brown chanteuses mastering this classic call and response cut. Thanks to the power of fate, we never have to!

Vanessa Williams – Save The Best For Last
Last but never least, before becoming a #1 Billboard hit for songbird Vanessa Williams, “Save The Best For Last” endured quite a few refusals to reach its comfort zone. Written by Phil Galdston, Wendy Waldman, Jon Lind, the warm ballad was turned down by several of the 90’s divas including the Holy Trinity: Mariah Carey, Celine Dion, and Whitney Houston. The song went on to receive a Grammy Award nomination and was named the ASCAP 1992 Song of the Year. One of Williams’ signature songs, it was a diamond all along. The lyrics remind us of its journey; “sometimes the very thing you’re looking for, is the one thing you can’t see.”