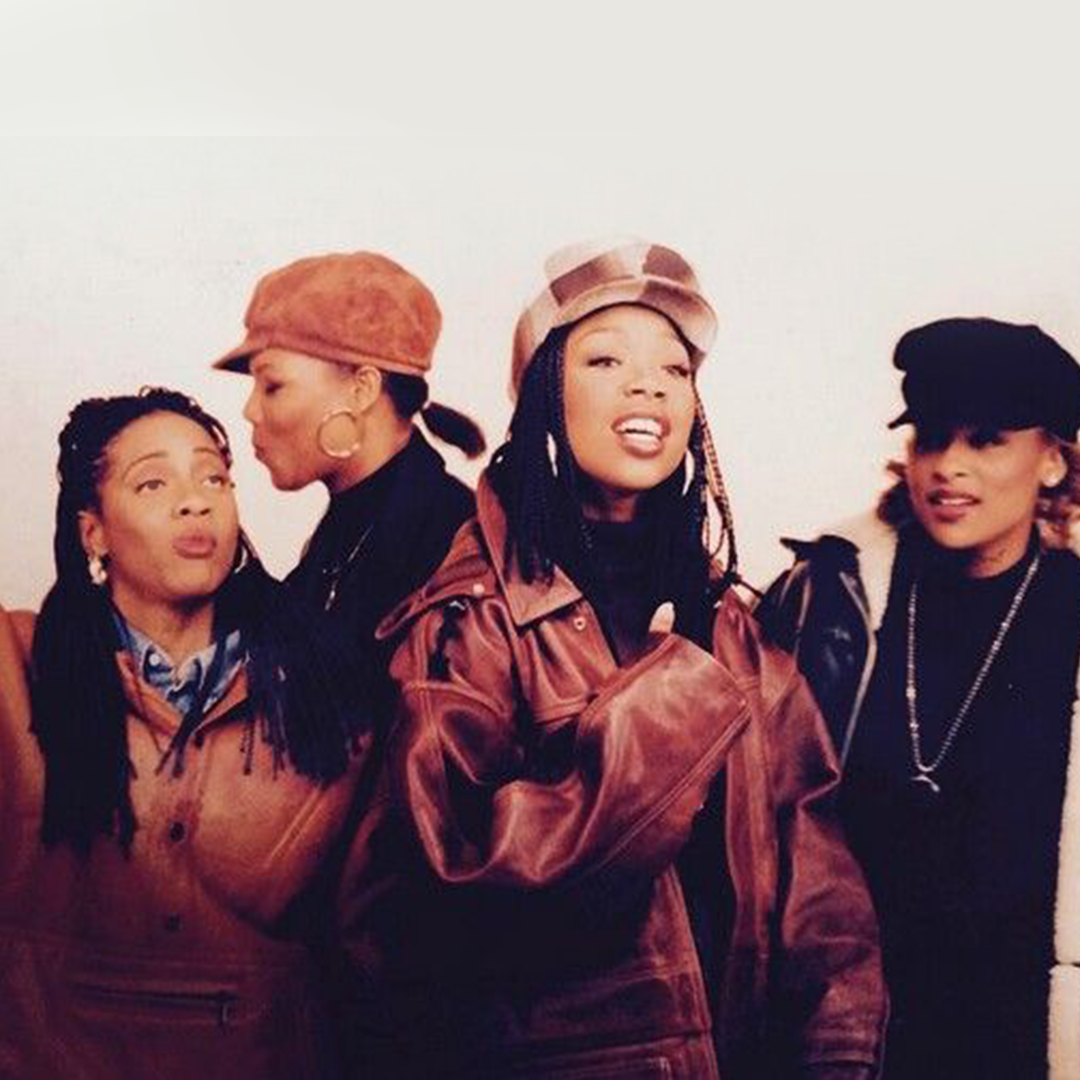 We always knew the day would come when Rhythm & Blues would cross paths with Hip-Hop and form a power couple. A flirtation that began in 1992 following the New Jack Swing era, the subgenre would fuse R&B, gospel and soul with Hip-Hop production. Whether a MC was featured on an R&B track or vice versa, opposites would prove to attract and produce some of music’s most unforgettable rap-sung mashes!

Brandy – I Wanna Be Down (Human Rhythm Remix) featuring MC Lyte, Yo-Yo and Queen Latifah
The original version of “I Wanna Be Down” was already a refreshing intro to Brandy Norwood’s illustrious career but the 1994 remix changed, not only the vibe of the song, but also the game forever. An ultimate moment in Black Girl Magic, the quotable contributions from Yo-Yo, MC Lyte and Queen Latifah are each iconic in their own right. In a male dominated industry, this was an important moment for sistas to flash their crowns and show that they reigned supreme. “I Wanna Be Down Human Rhythm Remix” would become one of the most legendary female MC collaborations in music.

SWV – Anything featuring Wu Tang Clan
“Kaboom! Guess who stepped in the room?” SWV struck gold when they united with the Wu-Tang Clan on the remix to the final single from their debut, It’s About Time. Released in 1994, the song appeared on the soundtrack to Above The Rim and shifted the original into a bouncin’ new jack swing triumph.

Big Pun featuring Joe – Still Not A Player
The collaboration of Big Pun and Joe was a mashup before mashups knew they were mashups. Seamlessly merging two successful singles; “Not A Player” and Joe’s “Don’t Wanna Be A Player, this was a union we didn’t know we needed but are so glad it manifested. In the song’s fourth quarter, we all flexed our bilingual skills with a unified, “Boriqua, Morena! Boriqua, Morena!”

Method Man and Mary J. Blige – I’ll Be There for You/You‘re All I Need to Get By
The M-E-T-H-O-D Man and Mary J. Blige will always go down as one of the most definitive duets to exemplify the matrimony of Hip Hop and Soul music. The Wu Tang Clan emcee peeled back a layer of his tough exterior for an ode that is gritty, genuine and germane. A sample of Marvin Gaye & Tami Terrell’s “You’re All I Need To Get By” makes this a timeless tale of hood love.

Mariah Carey featuring ANYBODY
Whether Mobb Deep, Bone Thugs-N-Harmony, The LOX, Nas or Jay Z, Mariah had a penchant for placing Hip-Hop’s rugged MCs in pop spaces, granting each the freedom to be themselves. In the case of “Fantasy” featuring Ol’ Dirty Bastard, Mariah had to fight with her label for the feature to come into fruition. Where executives couldn’t see the possibilities, Mariah saw the end goal of ingenious collaborations that would cross-pollinate urban and pop airwaves and add to her string of #1 Billboard hits.