Set It Off (Review) 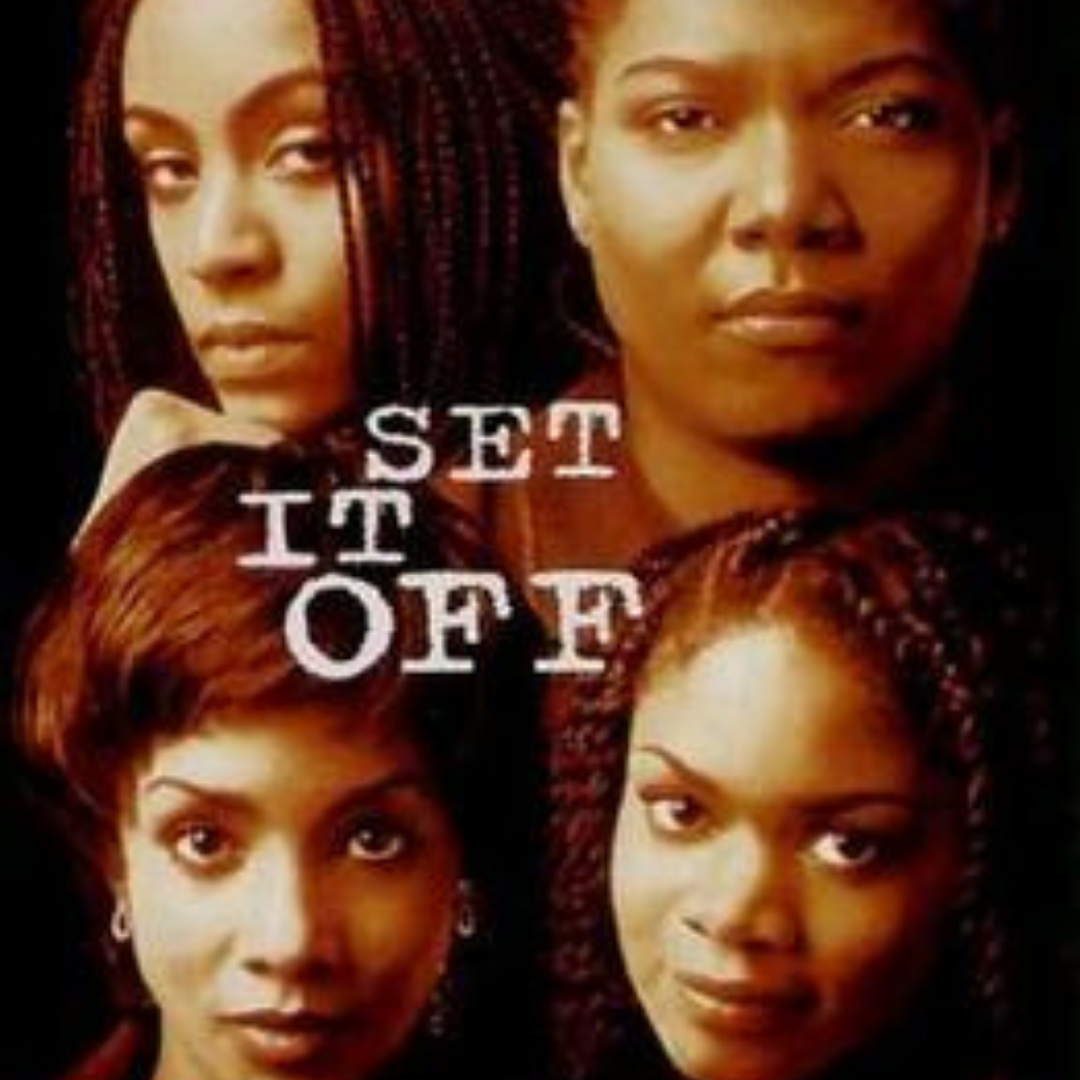 They came up with a plan, went over it, made sure everyone was clear on it, and even began to execute it, with no problems, but at the last minute SHE decides that “we weren’t ready”? Oh no, ma’am. Sorry about your money issues, and the state trying to take your son from you. Really. It’s heartbreaking, but you must be out of your mind if you thinking you getting a cut of this!

That’s really how the movie should’ve gone. Everyone has issues. Stony (Jada Pinkett-Smith) lost her brother to overzealous police officers. Frankie (Vivica A. Fox) lost her job because some fool from the neighborhood decided he wanted to rob the bank that she worked at (and she didn’t even get a cut!). And Cleo (Queen Latifah) was… just crazy, but I’m sure she was going through some stuff too! I wouldn’t have given Tisean (Kimberly Elise) a dime! I was actually offended when she showed up at the safehouse excited. “I need that money,” you say? I’m sure you do, but we needed you to be present while we were procuring these funds. Go get yo ass some business!

Of course, that’s not what happened. And outside of their rocky start, the foursome eventually got it together and stole a substantial sum of money. Tisean even began to contribute and earn her keep. However, none of this mattered because Luther found their stash spot and decided to go on a shopping spree for drugs, drinks and subpar Caucasian escorts (I really expected better). This was a tragic turn of events for the women, but the silver lining is it led to one of the best scenes in 90s cinema.

After Tisean died, Cleo, being the real one that she was, told Stony and Frankie to get out of the car. They had barely made it through a police chase and currently had police helicopters on either side the tunnel they were stuck in. There was no way they were all going to make it out without being seen, so Cleo made the executive decision that she would lead the police away so her friends could have a chance.

If that wasn’t real enough, the following scene when Cleo hit the hydraulics and crashed through the police cars, then got out the car guns blazing until she was eventually shot to death was a real testament to who she was. I cried. I cried several times. I will still find a reason to excuse myself during that scene today (that’s if I didn’t want anyone to see me tear up like a child decided to play arts & crafts with my Jordan 1 OG’s). The rest of the movie is pretty much a blur. Frankie got shot too. Stony made it to Mexico with half the money and shaved her head while the aforementioned “Missing You” played in the background. Cue ending credits. R.I.P. to Cleo though. We lost a real one.