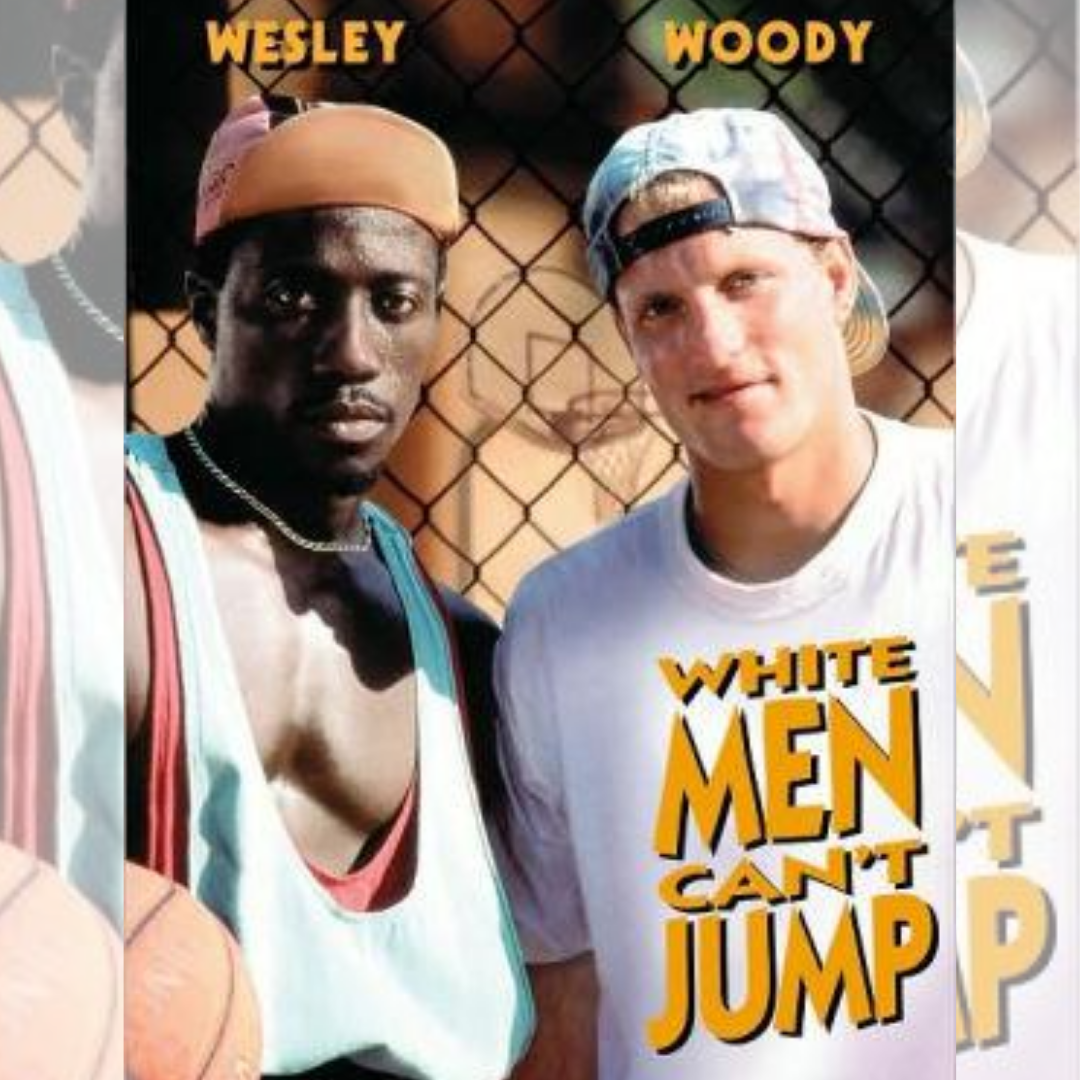 COVER STORY | I thought the scene where Billy Hoyle (Woody Harrelson) caught the alley-oop and slammed the ball for the win told the story. I thought that in that one scene he disproved the stereotype that white men can’t jump. One really good pass/catch/slam combo told me all that I needed to know about the movie and Billy as a character. He challenged the assumptions about his game and proved himself as a player, to not only his peers but himself. Amazing moment… except it wasn’t.

Billy’s accomplishment didn’t automatically garner the respect of his peers, even from Sidney (Wesley Snipes) his partner and friend for the majority of the film. I would argue that the perception they had of him had more to do with his style and his intentional portrayal of himself as the stereotypical “white guy”. He was a Caucasian mix of Steve Urkel and Carlton Banks with a killer jump shot and decent court vision. While his race definitely played a factor in people’s opinions, it would be incorrect to place the full blame there. His hustle was to get people to doubt his skills and surprise them before they were able to adjust. He played up the clueless, out-of-place, nonathletic persona and held onto it as long as he thought it would give him an advantage. 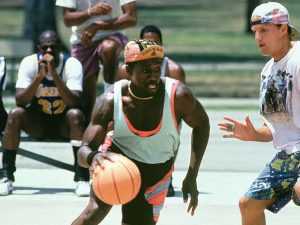 Even after he had hustled half the ballers in the area, won the prestigious 2 on 2 tournament, and hit the miracle hook shot in “Sudan”, there were people who still doubted what he could do on the court. He could ball, but it was different from the flashy, trash-talking, super athletic style being played at the parks in California at the time. Truthfully, it wasn’t just his opponents who doubted him. Billy also felt that he had something to prove. That’s why he was willing to risk everything time after time to try and earn the respect of his peers.

When Gloria (Rosie Perez, Billy’s love interest) left him because of his problematic gambling and poor decision making I was crushed. Like many of us, I tend to root for the underdog and in doing so was pulling for a “happily ever after” ending. In general, I always hope the nerdy guy gets the girl or I root for the team of misfits to win the big game. Just like life “White Men Can’t Jump” was a reminder that what we want isn’t always what we need, as well as; when in doubt, you should probably listen to your woman. And no game-winning alley-oop is going to beat that.