ALL THE WAY LIVE: The Best 90’s R&B Live Albums 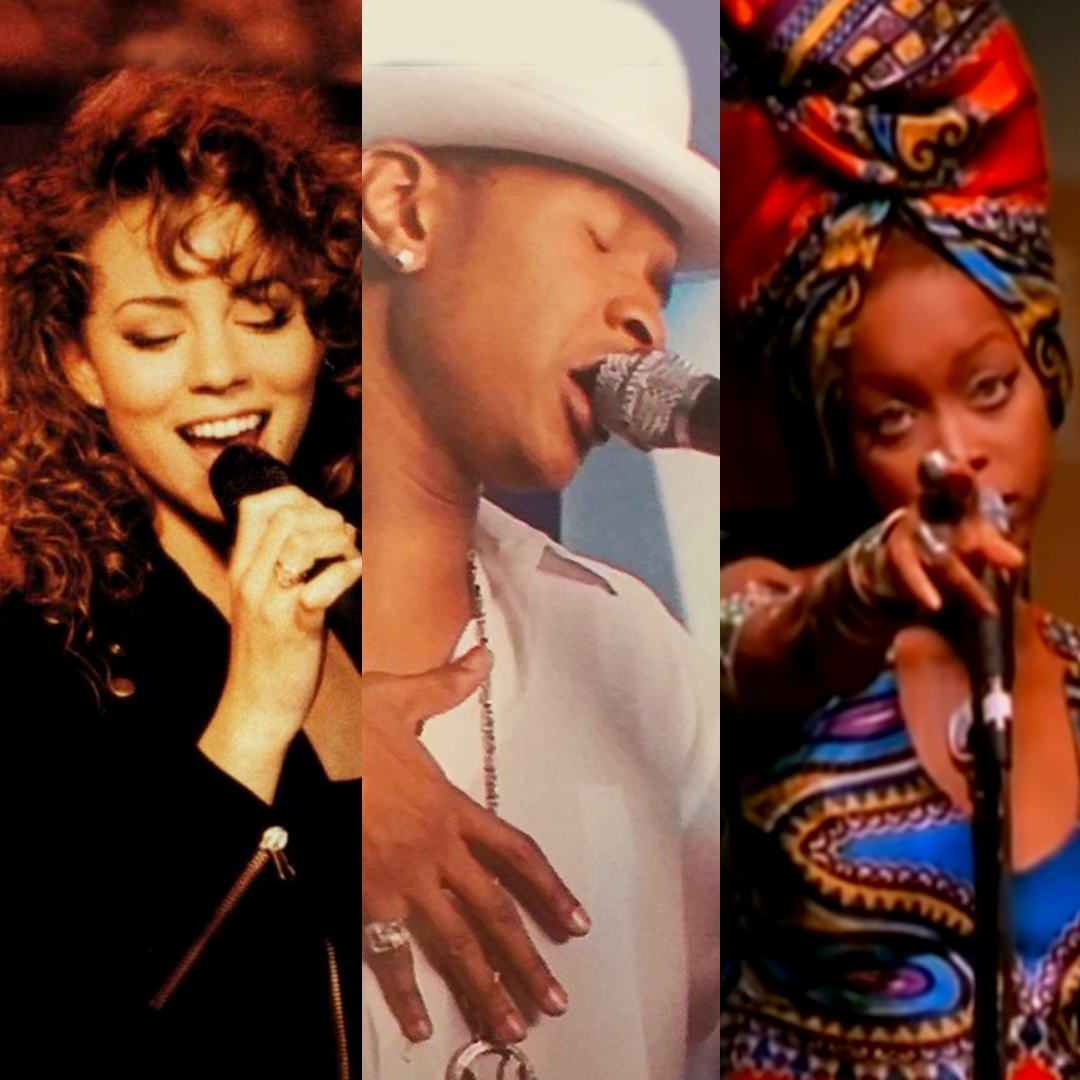 COVER STORY | Concerts are officially back! From explosive Las Vegas residencies by Usher and Bruno Mars already in play, to the upcoming 2-day Lights On Festival headlined by H.E.R. and Maxwell with special guests, your faves are preparing to get back on the road for long overdue performances. Two saving graces of the pandemic, Verzuz and DJ D-Nice’s Club Quarantine have also announced live events that are sure to fill the void endured since March 2020. Zumble’s own 90’s R&B Karaoke will even be returning with an on August 28 in Atlanta, GA and we are hyped!

With too many shows scheduled to attend them all, we are reminded of the days of the Live album. Whether you couldn’t make it to your city’s tour stop or wanted to relive the experience, you were transported back to that night when your idol was in prime form and it made you feel like you were a part of the magic. Before we move forward to the next set of tours, let’s look back at some of the greatest live R&B albums of the 90’s.

Mary J Blige The Tour (1998)
From 1997-1998, the Queen of Hip Hop Soul hit the road to promote her latest release, Share My World, capturing the performance with her first live album, The Tour. Blige brought her commanding energy to the Universal Ampitheatre in Los Angeles for a revue of her strong catalog. Breezing through a medley of hits from her classic debut album, What’s The 411? with “Real Love”, “You Remind Me”, “Reminisce” and “Sweet Thing” and the definitive follow-up, My Life, tracks like “Mary Jane (All Night Long)”, “Love No Limit” and “I’m Goin’ Down” the regal songstress welcomed attendees into her world with her brand of authentic lyrics over gritty beats. Even through audio, you could hear that Mary kept the crowd to their feet as she belted new favorites “I Can Love You”, “Seven Days” and “Not Gon Cry”. A jewel bestowed upon Mary fans was a live recording of the Babyface-penned “Missing You”, which became a radio smash. So early in her career, yet so accomplished, it was evident that there was so much more we would receive from the queen.

Erykah Badu Live (1998)
Following her game-changing debut album, Baduizm, Erykah Badu brought her blend of neo-coated soul, jazz and hip-hop to the stage in 1997. From the opening of “Rimshot” to the narrative “Otherside of the Game”, fans deeply inhaled her messages of strength and tales of love that smelled as sweet as the jasmine incense in the air. Badu’s performance feels interactive as she engages the audience who audibly responds to her every note. Throughout the evening she re-envisions hit single “On & On”, soul-stirring album favorites “Ye Yo”, and “Next Lifetime” as well as delivering an outstanding cover of Rufus and Chaka Khan’s 1978 funk-fest, “Stay”. Badu proves to be a master storyteller as she test drives a brand-new freestyle called “Tyrone” that would go on to shake the genre (and give Tyrone’s a bad reputation) for 20-plus years. Erykah’s LIVE album may have reached double platinum off the foce of “Tyrone”, but you still can’t use her phone.

D’Angelo Live at the Jazz Cafe, London (1998)
When D’Angelo took the stage at The Jazz Cafe in London, on September 14th of 1995, his first single had yet to be released overseas. Although unknown, the gifted stranger delivered a future classic-set from his debut album, Brown Sugar. Released in 1998 as an EP during his creative sabbatical, D’Angelo premiered bold tracks like “Shit, Damn, Mutherfucker”, “Cruisin”, “Lady” as well as the title track to an intimate audience. The singer/musician peppered his set with authoritative covers of “Heaven Must Be Like This” and “Sweet Sticky Thing” by The Ohio Players; Earth Wind & Fire’s “Can’t Hide Love”, and Al Green’s I’m Glad You’re Mine”, backed by a killer band and the backing vocals of Angie Stone, Debbie Cole and Karen Bernod. By the evening’s finale, the verified star left an indelible impression upon an audience would never forget their introduction to the Black Messiah.

Mariah Carey – Unplugged (1992)
Following criticism about her lack of touring for her debut album and rare televised performances, Mariah Carey sought to prove that she was more than a studio artist. In support of her sophomore album Emotions, Carey held what was to be an intimate, private show in 1992 presented by MTV. Needless to say, the chanteuse showed up and showed out with a set that had to be shared with the public. Released in June, the EP featured stripped-down acoustic versions of the vocally levitating “Emotions”, “Vision of Love”, “Someday” and inspirational “Make It Happen”. The 28-minute set reaches its pinnacle in a cover of the Jackson 5 classic, “I’ll Be There”. Mariah meets her match in background vocalist Trey Lorenz who still performs with the songbird. Becoming her sixth number one single, Unplugged went double platinum successfully silenced the haters.

Patti LaBelle – Live! One Night Only (1998)
The Queen of the Divas took to New York City Hammerstein Ballroom for an electrified evening of song. Taking her studio recordings to the next level, Patti wraps her operatic vocals around her catalog of hits including “New Attitude”, “If You Asked Me To”, “If Only You Knew, “Lady Marmalade” and When You Talk About Love”. Miss Patti delivers familiar songs by other artists her way by taking on covers of Reba McIntire’s “He Doesn’t Love You”, the Ashford & Simpson-penned “Is It Still Good To You”, R. Kelly’s “I Believe I Can Fly” and Cheryl Lynn’s “Got To Be Real” with special guest Mariah Carey matching sopranotes with the legend. For her grand finale, LaBelle takes flight with her iconic rendition of “Somewhere Over The Rainbow”. With vocals that are unrivaled, Live! One Night Only was the winner of the very first Grammy Award for Best Traditional R&B Performance in 1999. The queen reigns supreme.

Usher – Live (1999)
21 years ago, Usher celebrated his 20th birthday with two nights of concerts in his hometown of Chattanooga, TN. While the singer explored an acting career (Moesha, The Faculty, Light It Up), LaFace Records appeased fans with a recording of his October 1998 performance. Delivering favorites from his eponymous debut album and the sophomore follow-up My Way, the prince charming crooner played to his audience of screaming teenage girls on songs like “Think Of You”, “My Way” “Nice & Slow”, “Bedtime”, and the chart-topping “You Make Me Wanna…”. Paying homage to his heroes, Usher included a medley of Bobby Brown hits “Don’t Be Cruel”, “Roni”, “Every Little Step” and “Rock Wit’cha” as well as covers of “Tender Love” by Force MDs and even LL Cool J’s “I Need Love”. The album serves as a time capsule for the singer’s illustrious career as one of the greatest entertainers in 90’s R&B.