When we think of 90s television, we all have our favorites. When we talk about couples on those shows of course you have some that come to mind. 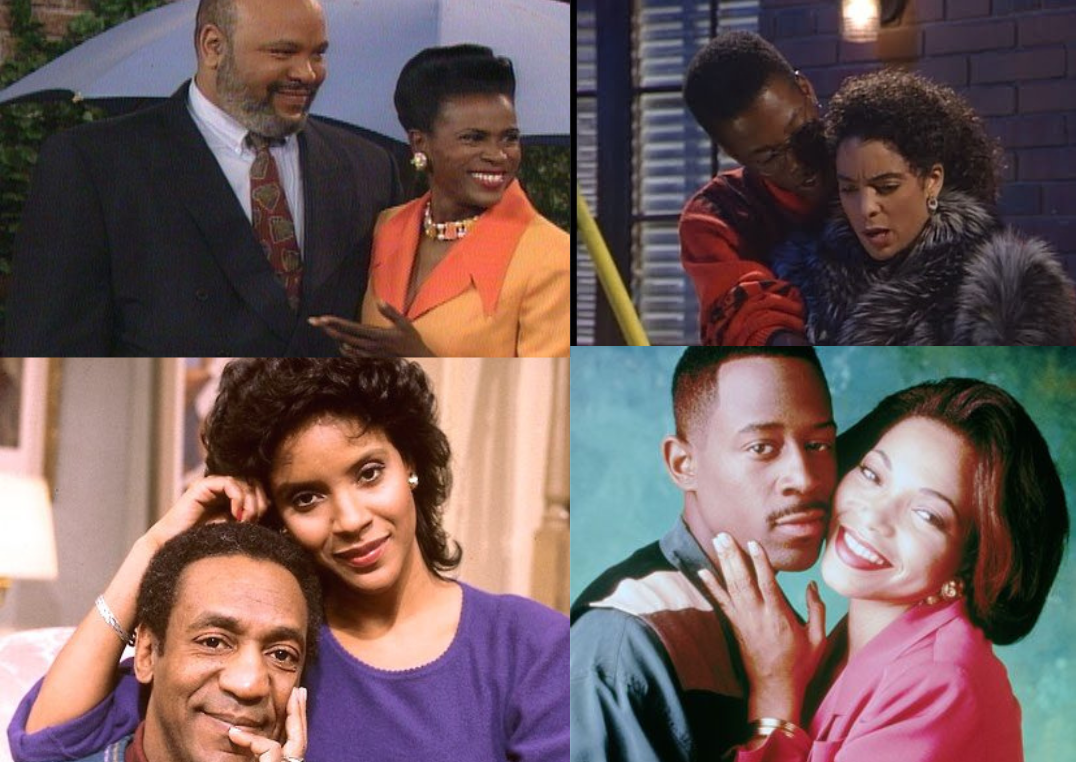 Well, that’s what this is my (and I can’t stress this enough MY) favorite TV couples. This list will have some of my favorite couples and they will be in no particular order so keep that in mind. Ready? Let’s get started.

Cliff and Clair Huxtable (The Cosby Show) – Like come on, how could you not love them? The balance between Cliff being an absolute goofball while Clair was not going for the shenanigans. And then they had the nerve to be affluent too? What I loved about them is that they felt real like a real family that I could relate to. They had jobs that were not the norm but also still attainable. I think I wanted to be a lawyer because of Clair.

Dwayne Wayne and Whitley Gilbert (A Different World) – I don’t think there is a couple that had the odds stacked against them more (at least not on this list). You have Dwayne Wayne who was initially not even checking for Whitley (and with her attitude could you blame him?) But eventually he does start to see her differently and she finally starts to see him differently as well. They went through everything from relationships to mama drama to Dwayne straight up stopping her wedding and to be honest if he ain’t willing to do that, I don’t want him.

Phillip and Vivian Banks (The Fresh Prince of Bel Air) – Please understand that when I say Vivian Banks, I mean Janet Hubert’s portrayal and her alone in this post. No shade to Daphne Maxwell Reid but I mean Aunt Viv not Aunty Vivian. The way she kept them kids and anybody else who dared to try her in line was one of my favorite things about her and something I aspire to be. To see the way Uncle Phil loved on her and encouraged her (even if it took awhile to get on board) to follow her dreams was beautiful to watch. They always had each other’s back and I love that.

Martin Payne and Gina Waters (Martin) – This list could not end without me making mention of probably my favorite couple on this list. The dynamic of their relationship just seems like it was fun. They were able to be themselves and joke around a lot, but we also got to see the tender sides of their relationship too. They are probably the most relatable on this list which probably is why they are my favorite. I just love how real and genuine their relationship came across on screen. She even started picking up his mannerisms and talking like him, which we all know happens when you’re with somebody for a while.

Well, that’s all I got for now. Might have to create another list and do a part two.