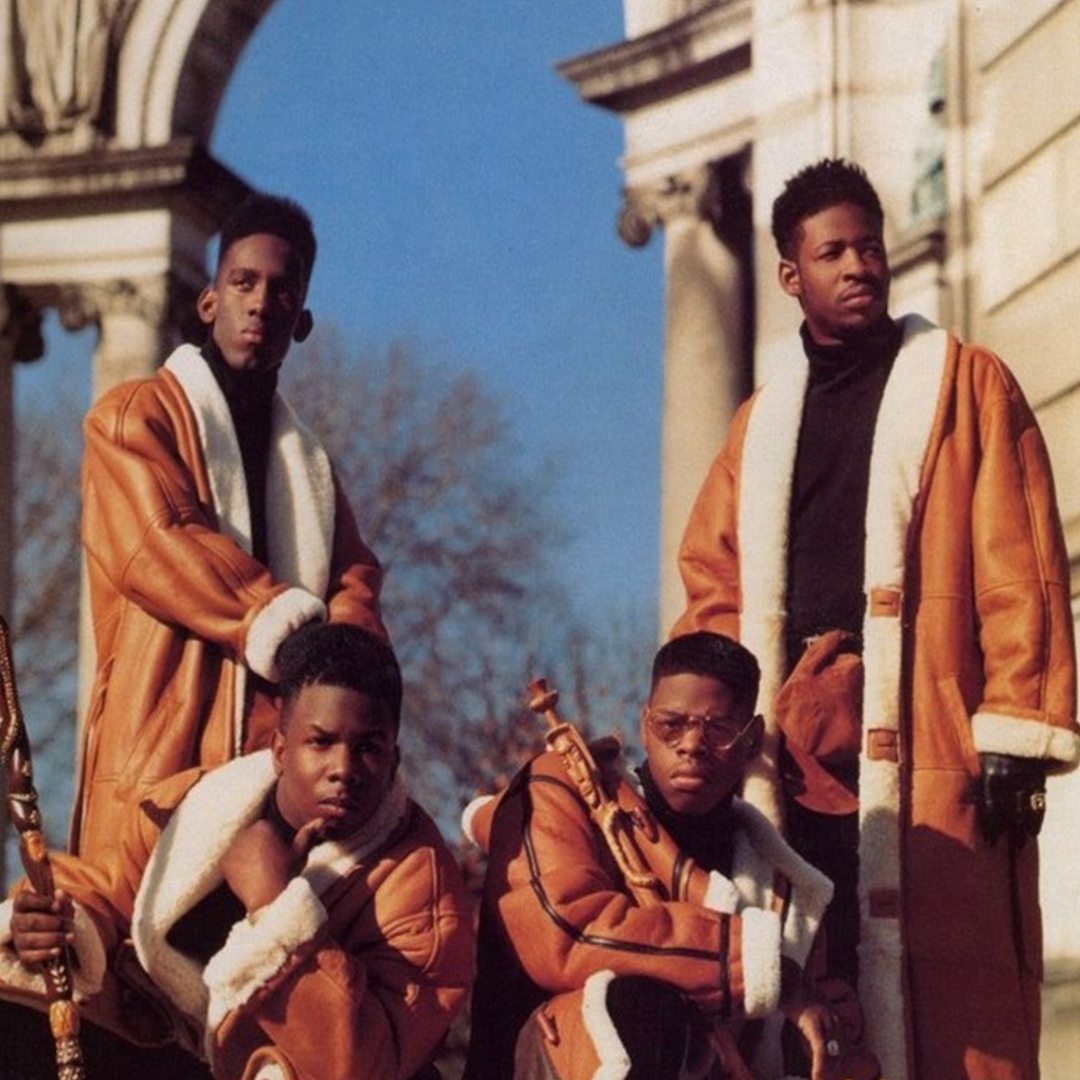 COVER STORY | Thirty-one years ago, Boyz II Men made their landmark debut with Cooleyhighharmony. Released on April 30, 1991, the album conceived six singles that ran the gamut of dance, New Jack Swing and pure soul. Divided into two halves, Adagio and Allegro, the Philadelphia foursome embarked on a 10-track journey that would pave the way for the decade’s sweetest slow jams, inspire a legion of male R&B groups and position the young dreamers to become the most successful R&B male group of all time.

Nathan Morris, Michael McCary, Shawn Stockman, and Wanya Morris had only formed their quartet one year prior to their chance-of-a-lifetime impromptu audition with Michael Bivins in 1989. Finding themselves backstage at a New Edition concert, they seized the opportunity to share their classically trained voices and reach for their dreams. The meeting would be the impetus for Bivins, 1/5th of the influential 80’s black boy band, to launch his second chapter as a manager and as a legend-maker.

Inspired by the name of New Edition’s coming of age single, Boyz II Men was born. Bivins landed the Boyz a deal with Motown Records in 1990. The Temptations of a new generation, the group brought doo-wop harmonies, lockstep choreography and the uniform style of their predecessors to fresh audiences that preferred their soul served with the edge of Hip-Hop and New Jack Swing.

Advocating for the good guys, their preppy style of V-neck sweaters, shorts and dress shoes coupled with songs of respect and appreciation for women created a wholesome image that appealed to an alternative market. “Not everybody in the black community likes raunchy music or artists with a hard-core street image,” Shawn Stockman told the L.A. Times (1993); and he was right. The soul-stirring vocals that rooted their approval within the black community would also bring them international success.

To craft the sound of their hip-hop doo-wop fusion LP, Boyz II Men was placed in the care of Dallas Austin with contribution by duo Troy Taylor and Charles Farrar of The Characters. The first course was “Motownphilly” a youthful new jack intro that chronicled the quartets’s origin from Philadelphia’s High School For Creative Arts to recording deal, while showcasing their flexibility between sounds of past, present and future. The song was co-signed by Michael Bivins who makes a rap cameo to add his seal of approval on the rising stars and welcome them into the East Coast Family.

The group’s follow-up single, “It’s So Hard To Say Goodbye”, was all about the vocals. Refreshing the Motown ballad from the 1975 film, Cooley High, the group brings their greatest weapon – harmony – to center stage. Showcasing the baritone of Nathan Morris, the tenors of Wanya Morris and Shawn Stockman, and the bass of Michael McCary, their traditional training shines. The acapella cover, originally by GC Cameron is a flawless stone and one of the album’s most heartfelt entries.

A solid up-tempo groove, “Sympin” remind us of the New Jack Swing beginnings where we met our new favorite foursome. The Dallas Austin-produced remix, “Sympin’ Aint Easy” would appear on the soundtrack for “White Men Can’t Jump” in 1992.

The heart of the group resided in their in-house musicianship. Complementing their respective vocal ranges, each member was a lead vocalist, contributing writer and/or co-producer on the album, attaching them to the music for a deeper and more passionate delivery. Some of the LP’s greatest moments take place when the Boyz are free to express their own matters of the heart. The album’s first track, written and arranged by Nathan Morris is a longing opener that puts pride aside and honesty on the table, a foundational trademark of the group’s musical message.

Written and arranged by Nathan Morris, Wanya Morris and Michael Bivins, “Uhh Ahh”, is an arresting composition that finds melody in moans of pleasure. The distinctive bass of Michael McCary seduces the ear and shows that these boys are indeed, entering manhood with all its desires.

Already a multi-platinum selling victory, the group raised the stakes after appearing on the motion picture soundtrack for romantic comedy Boomerang in 1992. “The End of the Road”, penned by Kenneth “Babyface” Edmonds, skyrocketed and landed the group their first number one single on the Billboard Hot 100, spending 13 consecutive weeks atop the chart. Cooleyhighharmony was reissued in 1993 to include the international hit.

The originators of unabashed begging and crying in torrential rainstorms, the urban gentleman of Boyz II Men set a standard for what love should sound like, defining the decade of rhythm and blues from a male perspective. We hadn’t even scratched the surface of what the group would accomplish thereafter but we salute the album that started it all. Happy Albumversary, Cooleyhighharmony.