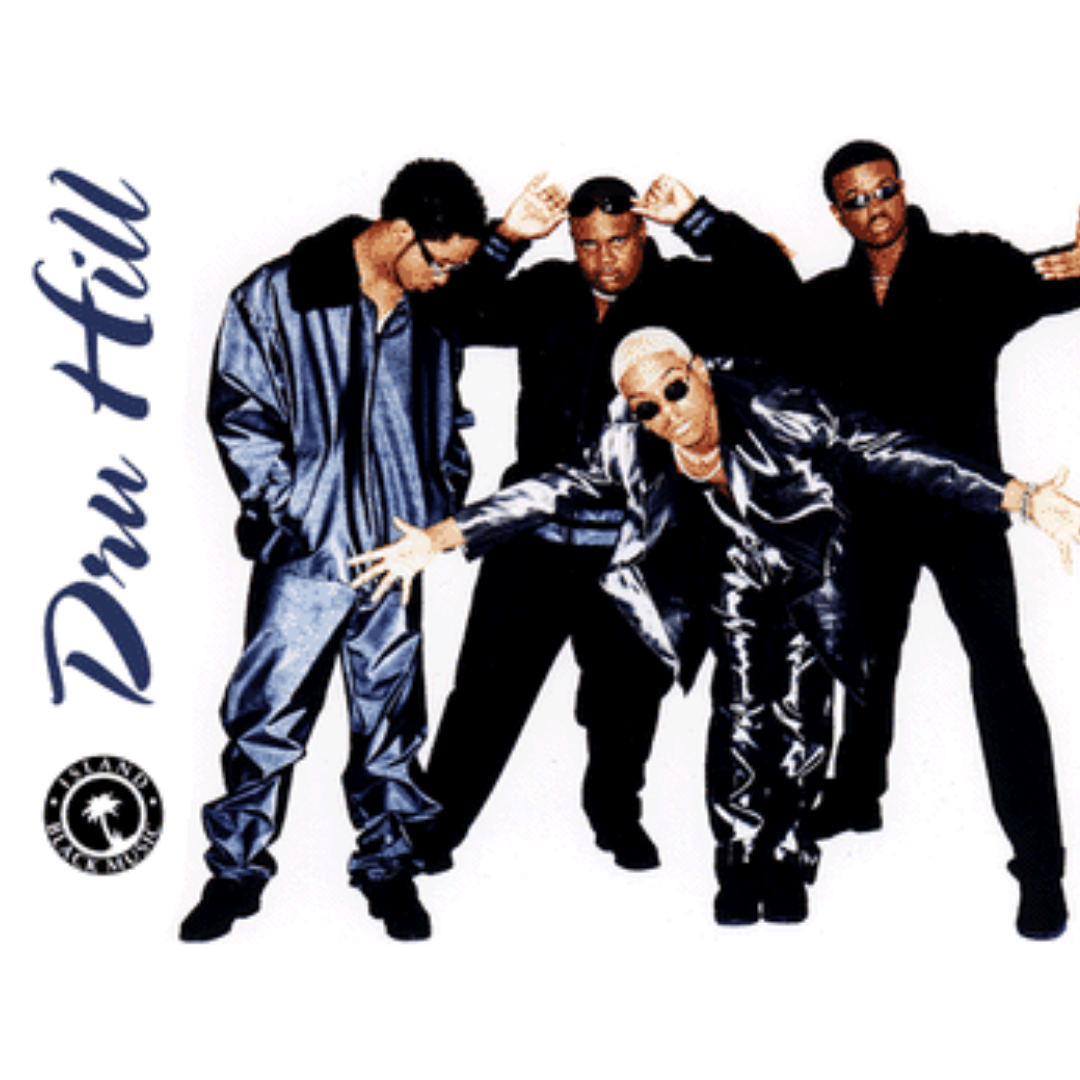 When you think about all of the amazing groups of the “golden era” there were just so many to choose from. Every one of these groups had their own distinctive sound, whether it be Wanya Morris from Boyz II Men with his incredible runs or Jonathen “John John” Rasboro from Silk with his tantalizing falsetto. They each embodied something special to be remembered by. One group in particular, came out the gate with a great sound, insane choreography, and a very unique look one cannot forget. Ladies and Gentlemen I present to you Dru Hill!

Founded in 1992, Dru Hill consisted of original members, Sisqò, Nokio, Jazz, and Woody. The Baltimore quartet came onto the music scene at a pivotal time in the ‘90s. Most artists had moved on from the early sensation of New Jack Swing and were now transitioning into more ballad focused sounds. Dru Hill’s first single “Tell Me” fell right into place. I can recall the very first time I saw this video. I was wondering who this guy was with this golden blonde hair. But that wasn’t the only thing that caught my attention. The signature dance you know, the step-hop step-hop had me in the living room at the great-grandmother’s house jumping up like my life depended on it. It was my first introduction to Dru Hill and so far I was thoroughly pleased. The Soul Train award-winning single, “In My Bed”, was released 24 years ago today, and I don’t know what intrigued me more the song or the video.  I remember watching intently as the big reveal came at the end of the video and seeing everyone’s shocked reaction. By the time the next few singles were released from their debut album Dru Hill, I was already a bonafide fan.

Clearly, I wasn’t the only one feeling this way. The great thing about Dru Hill was that they had what was considered the total package. Dru Hill took off with their smooth choreography, rich vocals, and charming demeanor. One couldn’t help but notice lead singer Sisqò with his signature blonde hair and larger than life vocals. Before the release of their second album Enter the Dru, the group was featured on the 1997 soundtrack for the film Soul Food which spawned the incredible hit “We’re Not Making Love No More”. To say that this is my favorite Dru Hill song is an understatement. There aren’t too many songs that leave you hunched over and all in your feelings. This is one of those songs. The vocals coupled with the raw emotion makes you feel as if this song was specifically written for you. The group’s second album was released on October 27, 1998, and had the hit singles “You Are Everything” and of course “How Deep Is Your Love”, which spent three weeks at number one on the R&B charts and was also featured on the Rush HourSoundtrack. One of the mega-hits that wasn’t officially released as a single is the song “Beauty”, which many consider to be Dru Hill’s best song to date. It’s a beautiful ballad with incredible lyrics that are almost poetic in a way. It mixes Dru Hill’s signature singing style but on a softer scale that makes the song feel very intimate.

In 1999 Sisqò released his debut solo album Unleash the Dragon which became a huge hit. It featured the multiplatinum “Thong Song” and the number one song “Incomplete”. Woody also released a gospel solo album as well. The group reunited in 2002 for the release of their third album Dru World Order which introduced a new group member by the name of Scola. Their third album had three singles “I Should Be, “No Doubt”, and the amazing ballad “I Love You”. Although their third album didn’t reach the success of their previous albums, Dru World Order went on to be certified gold by RIAA.

Dru Hill has created some of the most timeless music of the ’90s. While they may have gone through a few changes over the years, one thing you cannot take away is their incredible talent. Dru Hill we honor and salute you!