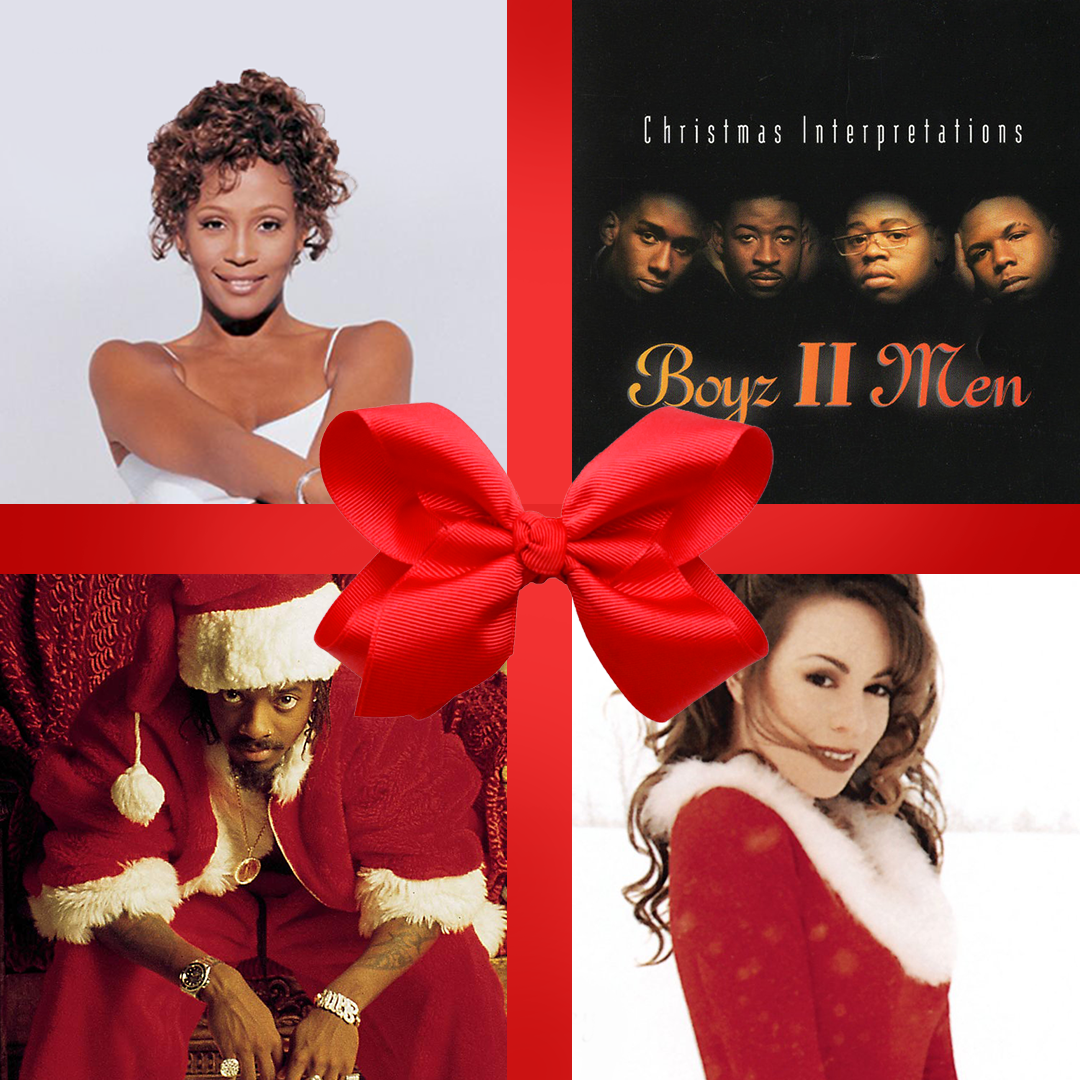 COVER STORY | There’s nothing like Rhythm & Blues to make your Christmas night’s cozy and holidays bright. In the 90’s, these R&B albums sparkled as timeless earmarks and soulful soundtracks to the era that we will always treasure.

A LaFace Family Christmas (1993)
Looking back on when Antonio “L.A.” Reid and Kenneth “Babyface” Edmonds created LaFace Records, you can’t help but wonder if they always knew they were building a legacy. In 1993, the label gathered their roster of emerging acts to celebrate the season including; a 15 year-old Usher on a cover of Donny Hathaway’s “This Christmas”, Toni Braxton placing her sultry stylings onto “The Christmas Song”, R&B quartet A Few Good Men adding soul to “Silver Bells”, and even the southernplayalistic duo Outkast representing an alternative celebration of kings on “Player’s Ball”. Most notable is the Organized Noize-produced reimagining of “Sleigh Ride” by TLC that continues to make this album a vital contribution in the festive imprint of 90’s R&B.

Boyz II Men – Christmas Interpretations (1993)
There’s an abundance of reasons why Boyz II Men is one of the greatest male groups of all-time. When Shawn, Michael, Nathan and Wanya wrapped their cooleyhighharmonies around this 1993 collection of holiday classics and original compositions, it was truly something special. From the opening acapella vigil of “Silent Night” to the romantic classic “Let It Snow” with fellow R&B icon (and co-writer) Brian McKnight, as well as standout songs like “Share Love” and “A Joyous Song”, we are filled with the warmth that only Christmas love can conduct. Whereas most Christmas albums are typically for all ages to enjoy, Christmas Interpretations is designed for lovers only.

The Preachers Wife – Original Soundtrack Album (1996)
Whitney Houston’s voice was always touched by God since her beginnings in the church; but when she starred in 1996’s “The Preacher’s Wife” alongside Denzel Washington, she was able to give total praise on the motion picture’s accompanying soundtrack. An instant Christmas classic, Houston balanced a mélange of inspirational and traditional gospel hymns including a cover of “I Believe In You and Me”, the Annie Lennox-penned “Step by Step”, “I Love The Lord”, and “Somebody Bigger Than You And I” featuring Bobby Brown, Faith Evans, Ralph Tresvant, Johnny Gill, and Monica. The film and soundtrack’s grand finale continue to captivate listeners with a soul-shaking performance of Joy To The World supported by The Georgia Mass Choir. “The Preacher’s Wife” is a holiday staple in R&B households, reminding us all of the true reason for the season.

BeBe & CeCe Winans – First Christmas (1993)
It’s a valid point that BeBe & CeCe Winans are gospel artists; however, since their debut, the siblings have mastered the fine line between gospel music and rhythm & blues sensibilities. On the pair’s 1993 Christmas album, First Christmas, they lend uplifting vocals to renditions of seasonal classics (“Jingle Bells”, “White Christmas”), original songs (“Give Me A Star”, “Just Because”) and public domain hymns (“The First Noel”, “For Unto Us (A Child Is Born”) that are worthy to be praised. From the first family of gospel, the theme of generational love plays throughout as BeBe Winan’s children are featured on the heartfelt original song, “I Love You” as well as the album’s greatest triumph, a cover of “Ooh Child” featuring the duo’s parents, Mom and Pop Winans. The innate connection among BeBe and CeCe makes us cherish our own family and the sounds of togetherness.

Jermaine Dupri’s 12 Soulful Nights of Christmas (1998)
In 1998, Atlanta music mogul Jermaine Dupri called upon his closest musical colleagues for an extraordinary compilation. Contributions from the era’s leading artists (Chaka Khan, Gerald Levert, K-Ci and JoJo, Xscape and Kenny Lattimore) and rising voices (Destiny’s Child, Trina and Tamara, Trina Broussard, and Jagged Edge); it would become a celebration of the present as well as a forecast of the future of R&B. A flawless rendition of “The Christmas Song” by Tamia is a shining example of honoring tradition with a contemporary renovation. The album also introduced listeners to a seventeen-year-old Alicia Keys on the empowering variation on a classic, “Little Drummer Girl”. Jermaine Dupri curated a collection that continues to sound timeless every year, every Christmas.

Luther Vandross – This Is Christmas (1995)
It’s a special gift when one of the greatest voices in rhythm & blues takes on Christmas. This Is Christmas is a perfect blend of seasonal fanfare and velvet-voiced romance. Released in 1995, Vandross co-wrote 7 original holiday songs within the 10-song set that can easily be mistaken for standards. Under the production of long-time collaborators Marcus Miller and Nat Adderly Jr.; supported by his ever-stellar background singers, which included Cissy Houston (mother of Whitney), Vandross exquisite vocals shine bright and warm as a fireplace on the ballads “Every Year, Every Christmas” “This Is Christmas” and “Have Yourself A Merry Little Christmas”; however he also succeeds on up-tempo jubilees like “The Mistletoe Jam”, “A Kiss For Christmas” and “I Listen To The Bells” featuring Christmas Queen Emerita Darlene Love. For the advanced music lovers, this is a musical heirloom that simply gets better with age. the. Every Year, Every Christmas

Mariah Carey – Merry Christmas (1994)
For over 25 years, Mariah Carey has dominated the Christmas airwaves and for good reason. Recorded at the height of her vocal ability, Merry Christmas is the chanteuse at her finest. Released in 1994, Carey delivered a blend of adult contemporary gospel and soul as covers of traditional tunes like, “Silent Night”, “Joy To The World” and “O Holy Night”, received powerhouse interpretations while ornamenting Carey’s signature five-octave range. Not only victorious vocally, Carey has a penchant for penning original songs that felt like they’d been passed down through generations. Three new songs co-written by Walter Afanasieff including new hymnal “Jesus Born on this Day” and the reflective “I Miss You Most (At Christmas Time)” were seamlessly woven into the festive LP. Merry Christmas has sold over 15 million albums worldwide and the remarkable anthem “All I Want For Christmas is You” is building a legacy to becoming a public domain song that will outlive us all.