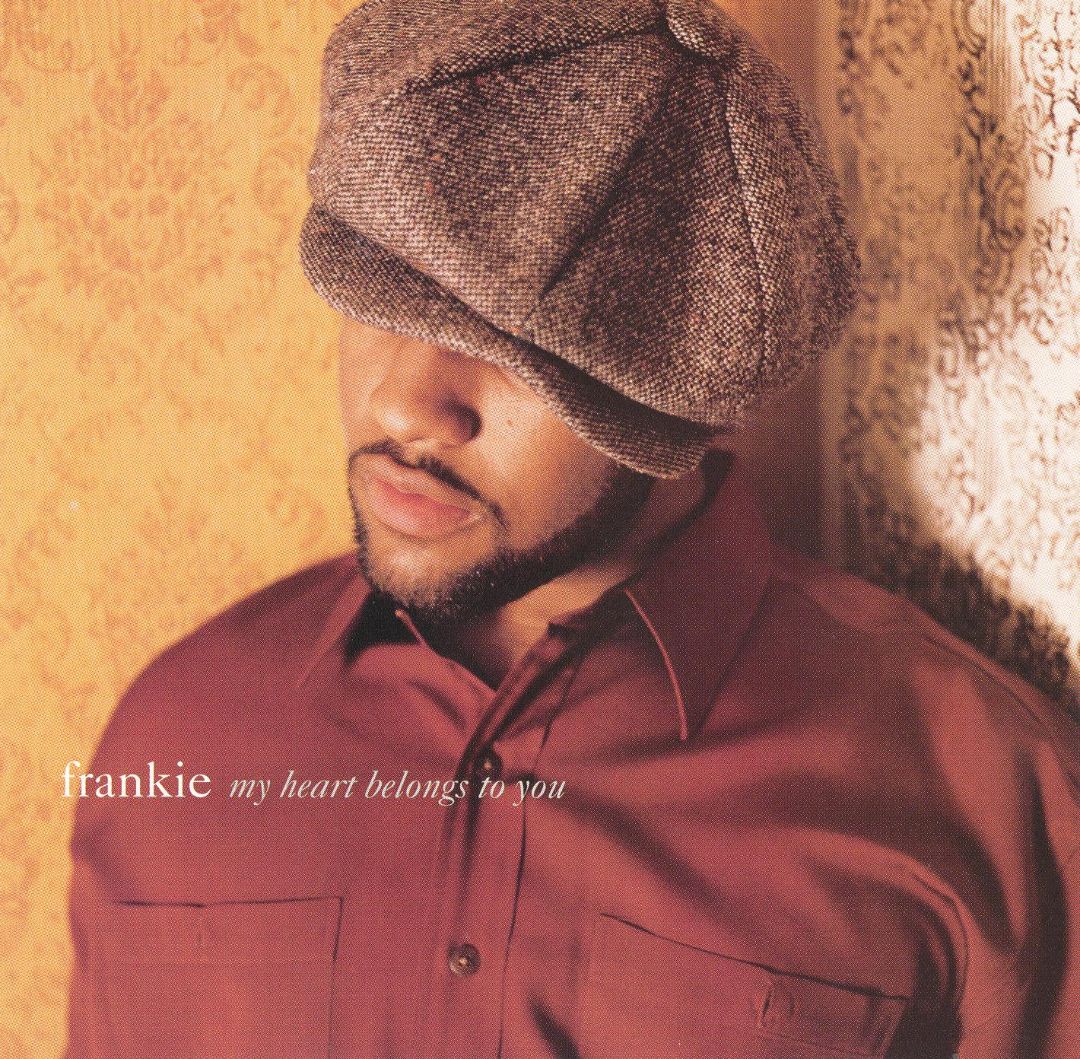 To call oneself a true R&B fan requires an exploration deeper than mere knowledge of the genre’s figureheads. Those who brave the journey may uncover the era’s best kept secrets and there is no more treasured gem among R&B lovers than My Heart Belongs To You, the 1997 debut album from singer, Frankie.

Who is Frankie, you may ask? Born George Franklin Jackson, the Washington, D.C. native was introduced to Chucky Thompson, the Bad Boy Records craftsman responsible for a volume of hits from The Notorious B.I.G (“Big Poppa”)., Mary J. Blige (My Life), Faith Evans (“You Used To Love Me”, “Soon As I Get Home”), Total (“No One Else”) and Usher (“Think Of You). Looking to continue his reign of the genre, the producer would sign Frankie as the first artist on Chucklife, Thompson’s imprint label on Epic Records.

Released September 2, 1997, My Heart Belongs To You arrived at a time where the driving force of urban music was approaching an intersection of the flourish of the prominent roster including Boyz II Men, Usher, Mariah Carey, and SWV; and the rise of the neo-soul movement with leading liberators D’Angelo, Erykah Badu, and Maxwell. R&B’s newest comer, Frankie, satisfied both avenues blending Hip-Hop Soul and a classic style reminiscent of Marvin Gaye.

The LP was a rallying call; all songs produced by Thompson with songwriting contributions from hip hop soul’s finest from Mary J. Blige (“All I Do), Faith Evans, who joins the crooner for a duet on “Think of You” penned by Quinnes Parker, Marvin Scandrick, Michael Keith and Daron Jones, better known as 112. Debut single “If I Had You” finds the singer’s smooth vocals rapt in a sample of Isaac Hayes’ “The Look of Love”. The sole single from the album, it charted for 14 weeks on Billboard Hot R&B singles charts, enhanced by a remix featuring Jadakiss of The LOX.

So, what happened to Frankie? Although he delivered a solid introduction and received acclaim from within the industry, My Heart Belongs To You remains an under-the-radar obscurity to most. Perhaps the album didn’t receive the promotion it deserved, only reaching #93 on the Billboard R&B Albums chart. Perhaps the success of Chucky Thompson’s in-demand production took focus from expanding his record label (Frankie was the only artist signed to Chuck Life); or perhaps the rise of male R&B contemporaries like Brian McKnight, Joe, K-Ci & JoJo and Usher (who released his landmark LP, My Way, just two weeks later) overshadowed the singer’s debut. Whatever the reason, the singer’s only album is one that every devoted soul seeker should experience.