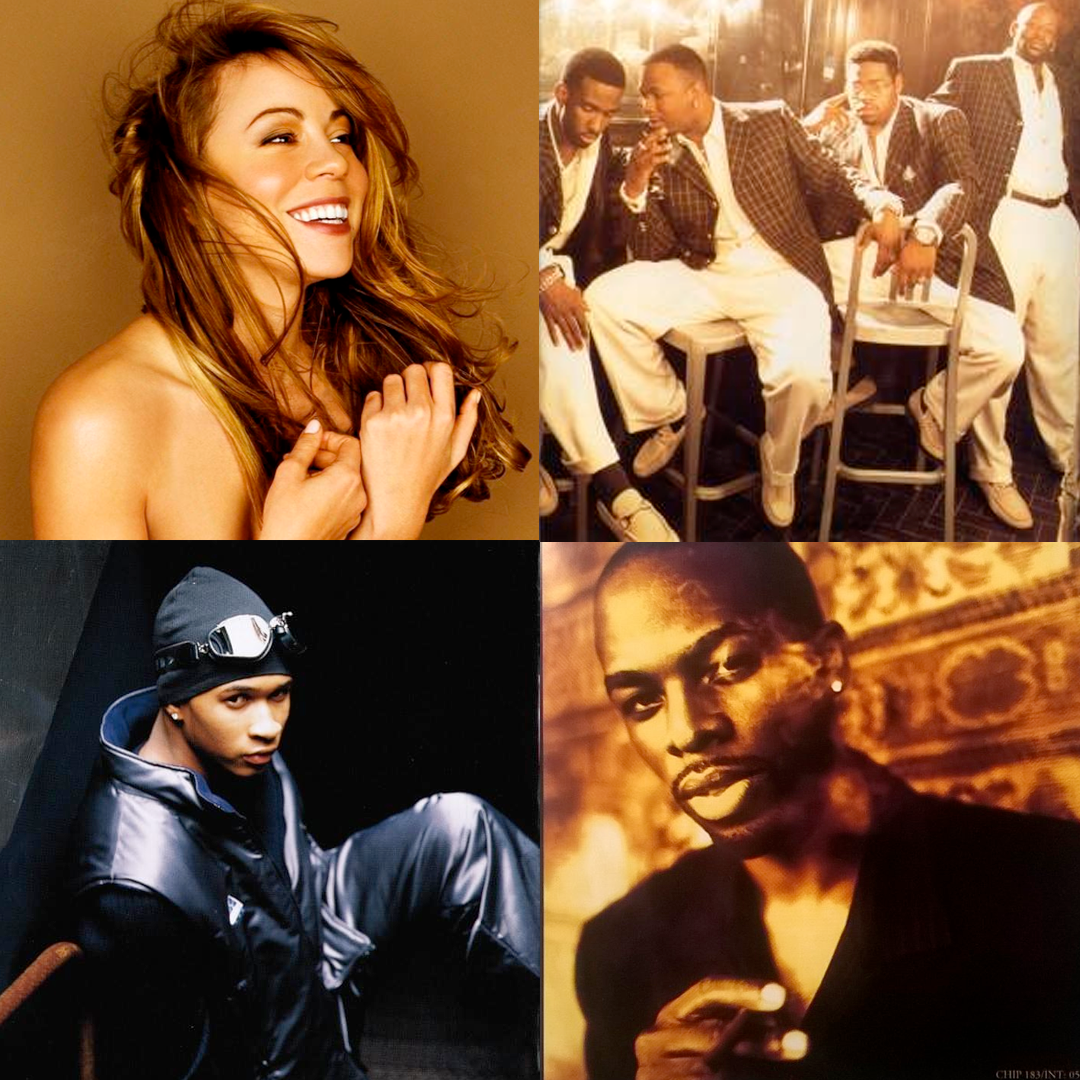 September is historically a major month for album releases. Annually, the deadline for Grammy Award eligibility is September 30 and your favorite artists often raced to beat the shot clock with their latest LP. In 1997, the week of September 16-23 was dedicated to soul as these R&B icons delivered their definitive albums to take all of our money at once and shift the sound of R&B forever.

Mariah Carey – Butterfly
The elusive chanteuse had a lot to sing about after breaking free from her tumultuous marriage to record exec Tommy Mattola. Fueled by the Stevie J-produced “Honey”, the Pop-Soul singer’s 4th album, Butterfly would become her most personal to date. Carey’s newfound freedom allowed her to flex the expanse of her wings to experiment with contemporary production from Jermaine Dupri, Missy Elliott, Trackmasters, and longtime collaborator Walter Afanasieff to deliver a lyrical autobiography. A tracklist that includes My All, Breakdown, The Roof, and the title track, Butterfly is as brave, poetic and graceful as its five-octave messenger. We know why the caged bird sings and we loved every single note of her 5x platinum magnum opus.

Joe – All That I Am
Although he already had one album under his belt, the career of Joe Thomas truly took flight when he released his sophomore set, All That I Am. An album 4 years in the making, the LP gained momentum through Joe’s gold-status contributions to soundtracks. “All The Things (Your Man Won’t Do) appeared on the Don’t Be A Menace To South Central While Drinking Your Juice in the Hood soundtrack; “Don’t Wanna Be A Player” first appeared on the soundtrack for Booty Call. Fueled by their success, the album garnered three additional singles in “Love Scene”, “Good Girls” and “All That I Am” and the singer would earn his place as a master songwriter of the genre.

Brian McKnight – Anytime
After one last cry and his successful sophomore set I Remember You, R&B crooner Brian McKnight was ready to try something new in ‘97. Typically, the writer, producer and master of his catalog, McKnight invited others to season his sound to the taste of a new audience. Collaboration with Puff Daddy, Poke & Tone, Stevie J, The Characters, and Diane Warren, McKnight tackled hip hop soul with single “You Should Be Mine” featuring Mase and “Hold Me” which is the first song to feature the late Kobe Bryant. Although he willed to venture outside of his norm, McKnight shines brightest in his element of love songs “The Only One For Me” and the heartfelt title track, “Anytime”, propelling the album to the top of the R&B charts.

Boyz II Men – Evolution
The Boyz we met in 1991 were transitioning into Men. Far from the days of Motownphilly, the best-selling R&B group of all time followed up their 1994 sophomore victory, II, with their next studio album in the fall of 1997.  Debuting at #1 on the Billboard 200 charts, the cooleyhighharmonies of Nathan, Michael, Shawn and Wanya were woven throughout the adult contemporary set that included the platinum-selling first ballad “4 Seasons of Loneliness”, Puff Daddy-produced uptempo “Can’t Let Her Go”, “Doin’ Just Fine”, and the Babyface-penned “A Song For Mama”. The group embraced a fresh sound while also paying homage to their biggest inspiration on a standout cover of New Edition’s “Can You Stand The Rain”.

Usher – My Way
A turning point for the 19 year-old manchild, My Way was a declaration of Usher Raymond IV’s staying power. From the first single “You Make Me Wanna…” to his first #1 Billboard single “Nice & Slow” to the Hip Hop-fused title track, and the plush follow-up “Bedtime” each track exhibited what the singer was truly made of. With an impressive 9-track set featuring production by Jermaine Dupri, Babyface, and Teddy Riley enhanced by dance moves reminiscent of legends before him, Usher had solidified himself as a torchbearer of R&B and a force to watch. The best was yet to come.

A Look Back at Black on Both Sides: Review