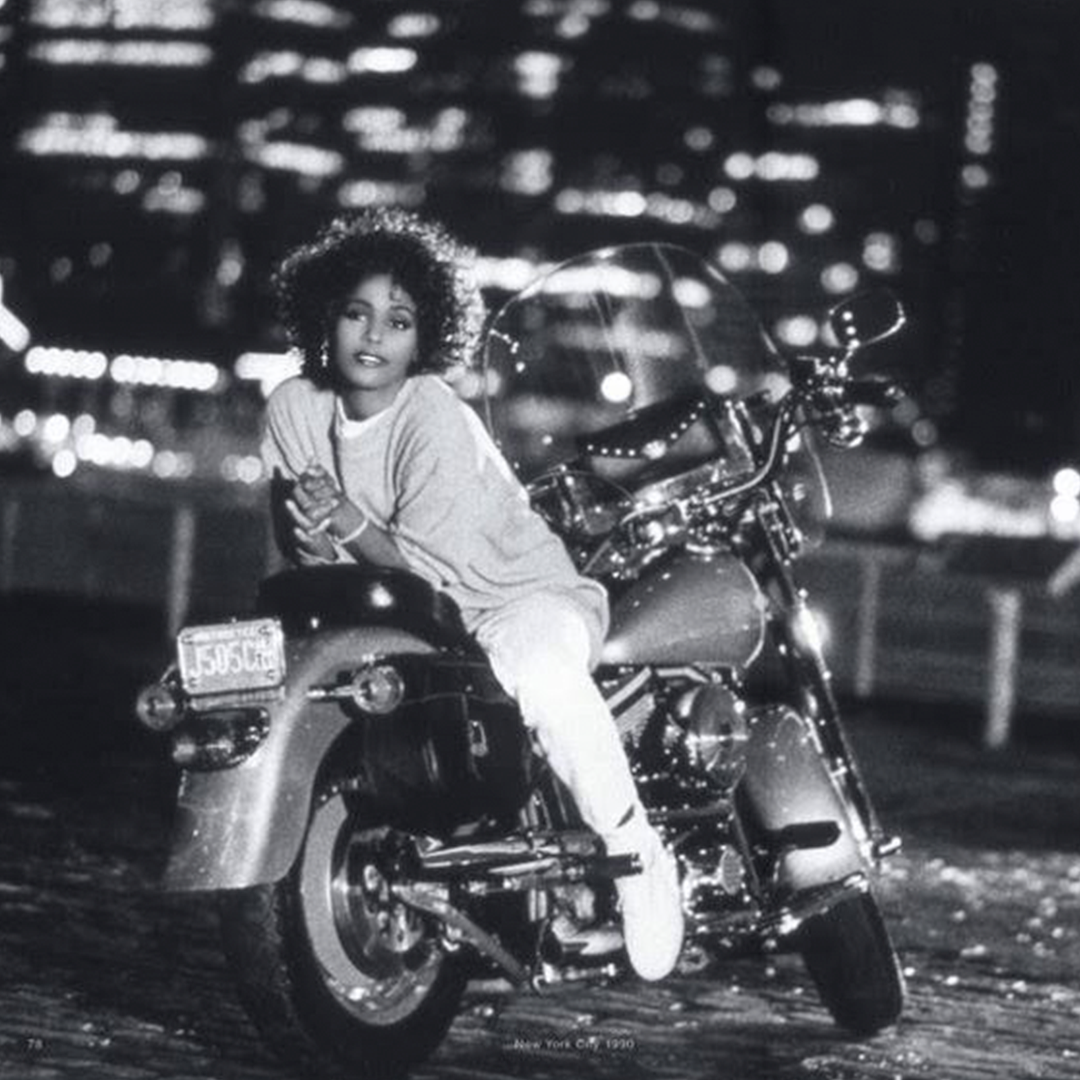 COVER STORY | It’s hard to believe that 10 years have passed since we shockingly lost the national treasure named Whitney Houston in 2012.  From her first appearance on The Merv Griffin Show in 1983, Whitney was an instant star with all the right notes.  Her 1985 eponymous debut was an international smash and Houston became the first female artist to debut at No. 1 on Billboard Charts with her sophomore LP, Whitney. Her golden voice broke racial barriers welcoming her to pop music spaces and audiences. After receiving backlash from the African-American community, most publicly at the 1989 Soul Train Awards where her name was booed, it was clearly time to bring her soulful roots into the studio.

On November 6, 1990, Whitney delivered her third studio album. I’m Your Baby Tonight. Jam-packed with urban appeal, the album has since gone 4x platinum worldwide. Houston entered the new decade with a new attitude, poised to reclaim respect on her name. In celebration of its three-decade legacy, let’s break this classic album down, track-by-track.

I’m Your Baby Tonight
“I’m Your Baby Tonight” marks the first time that Whitney Houston ever worked with the dynamic duo of L.A. Reid and Babyface; and it is pure magic. Exploring a new sound, this is a tough, uptempo force of nature that commands your attention from the gate. The album’s namesake is a self-affirming romantic call as Whitney plays with every nuance of her voice, moving effortlessly from luscious to lethal growls with a tongue-twisting finale that keeps our hearts racing.

My Name Is Not Susan
Before Becky or Karen, there was Susan. This is a feisty clapback to a lover who talks in his sleep calling his ex-woman’s name. Whitney’s had it up to here as she delivers a sugary yet stern warning on this New Jack Swing collaboration with Babyface and L.A. Reid. Released as the album’s fourth single, Clive Davis’ Arista label wanted to reinforce that beneath the glamour and international glitz, Whitney was still a Jersey girl who was not to be toyed with. Garnering success, “My Name Is Not Susan” became Whitney’s fifteenth R&B top ten hit with only three albums in her discography.

All The Man That I Need
Now hanging on her every word, Whitney’s increased and diverse fanbase could appreciate her at her best. One of my personal favorite Whitney songs of all time, “All The Man That I Need” blends jazz and gospel on a song that can be about an earthly soulmate or a higher love. The ballad was originally recorded by jazz singer Linda Clifford, then by Sister Sledge prior to Houston’s rendition. Like previous covers (“The Greatest Love Of All”), Whitney had a gift of transforming existing recordings into standards of ownership. With an unforgettable sax solo by Artisa labelmate Kenny G, the album’s second single was an undeniable opus that would inevitably reach #1 simultaneously across three different Billboard charts — the Hot 100, Hot R&B, and Hot Adult Contemporary.

Lover For Life
This lover’s rock is an album cut that should have been a single. Laced with jazzy influence, Whitney’s plush vocals decadently pour over this groove produced by the incomparable Narada Michael Walden. We can’t help but hope that justice is served as Whitney pleads to do the time for a love worth living for.

Anymore
Whitney flexes her strong and sassy assurance throughout I’m Your Baby Tonight. On “Anymore” she continues to shed her polished good girl image as she dismisses a deadweight lover. It is a new decade and after saving all her love and waiting to dance with somebody, Houston is ready to gain control to receive the love she knows she deserves.

Miracle
Following her benchmarking rendition of “The Star-Spangled Banner” in 1991, it was the perfect time to release a ballad that continued to showcase the voice that had left the nation utterly speechless at Super Bowl XXV. The third single from I’m Your Baby Tonight was written and produced by L.A. Reid and Babyface and speaks of the visions of love that we can bring into fruition when we stop listening to voices besides our own and simply go for it. It is a shining and beautifully sung reminder to hold fast to your dreams and never let go; there is truly victory in all of us.

I Belong To You
Whitney allows her gift to speak for itself, shutting down naysayers by placing her R&B vocal stylings front and center on a groove reminiscent of the SOS Band’s “Just Be Good To Me”. Produced by Narada Michael Warren, Houston swings on a contemporary melody that exhibits growth and grounded staying power. “I Belong To You” earned Whitney a Best Female R&B Vocal Performance nomination at the 35th Grammy Award in 1991.

Who Do You Love
Under the pen and production of Luther Vandross himself. Whitney takes on a fun, bouncy, and youthful confrontation to a boy who can’t decide where his heart belongs. This uptempo has Vandross’s signature brand of powerhouse-pop all over it! In the album’s Thank You notes, Whitney writes to Luther Vandross, “Next time, let’s make it a duet.” We enjoy this timely bop but would have LOVED to hear that!

We Didn’t Know
Written and produced by the incomparable Stevie Wonder, recording a duet with the musical genius is a dream come true for any artist. The voices of Houston and Wonder are purely magical on their A-game; moving in and out of harmony on this midtempo jam. The sixth and final single from the album, “We Didn’t Know” peaked at #20 on the R&B/Hip-Hop Songs; an accomplishment of recognition from her once-disapproving urban community.

After We Make Love
Whitney provides one more ballad in her setlist, produced by Michael Masser. “After We Make Love” is rose-colored moment of passion that you only wish you could hold onto forever. Unfortunately, all good things must come to an end. In the meantime, Houston’s mezzo-soprano pours over twinkling piano, solid drums, tender guitars, and a supportive saxophone. “All that matters is right here, right now.”

I’m Knockin’
The closing number of I’m Your Baby Tonight appeared as the B-Side to its lead single. Gaining more control on this album’s direction, “I’m Knockin’” would be Whitney’s first production credit along with Ricky Minor, her long-time tour music director. It is a performance-ready, horn-driven number that rock’s steady and sets the stage for glimpses of the real Whitney Houston to peek and expose herself throughout her forthcoming decade of domination.