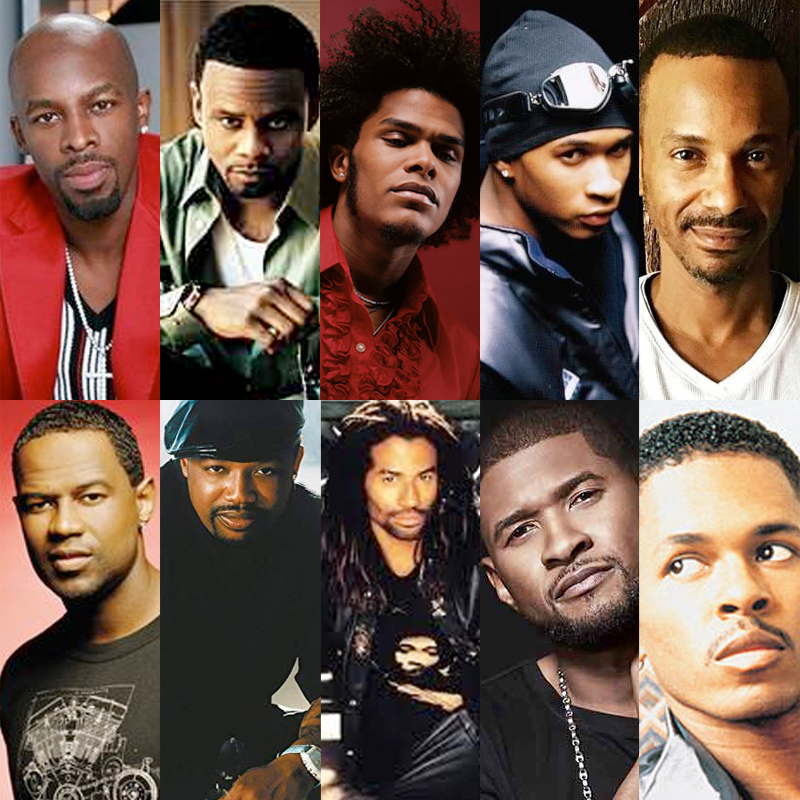 If I had one wish, it would be for a reset. To go back in time and witness a Verzuz match-up that was balanced and respectful of the spirit of Rhythm & Blues.

The recent events at the Ray J & Bobby V vs. Pleasure P and Sammie Pre-Battle and Omarion Verzuz Mario debacle have us questioning the state of Male R&B singers. If the main event taught us nothing, it’s that fancy footwork (nor watermelons or Jeremih) is no match for sheer vocal intonation, phonation, accuracy and pitch. Lil’ Saint DID NOT give his life for this.

In lieu of what we all experienced, here are the Top 5 Verzuz battles that Male R&B rightfully deserves.

Joe vs. Brian McKnight
The pen games of both Joe Thomas and Brian McKnight are unmatched as impactful R&B singer-songwriters of the 90s. Whether you like his brand of dirty macking or not, Joe has a consistent string of hits from “All The Things (Your Man Won’t Do)” to “Don’t Wanna Be A Player” to “I Wanna Know” and “If I Was Your Man”.  McKnight’s body of heartfelt ballads like “One Last Cry”, “Crazy Love”, “Anytime”, and “Back At One” inspired a decade of baby-makers that can’t be denied. Plus, they both have impressive duets with Mariah Carey in their arsenal. The songwriting skills from both will round out the 20 rounds including the McKnight-penned “Let It Snow” by Boyz II Men and Thomas’ “Missing You” performed by Case.

Carl Thomas vs. Dave Hollister
FACT: The Windy City has a reputation for producing some of soul’s smoothest singers. If we wanted to appreciate a true battle of the vocalists, Carl Thomas and Dave Hollister would represent in full voice. Both of these Chicago crooners releaed game-changing albums in 2000. Carl Thomas’s discography boasts a set that would include “Emotional”, “I Wish” “Make It Alright”, “She Is” and “Summer Rain”. His early work with Bad Boy Records would sprinkle as much color as Hollister’s catalog which includes BlackStreet (“Before I Let You Go”) and his solo efforts such as “Can’t Stay”, “Baby Mama Drama” “Baby Do Those Things”, and “One Woman Man”. Whether this match-up happens, we look forward to the pair’s upcoming collaboration album with fellow Chicagoan, Donell Jones.

Maxwell vs. Eric Benet
We would be washed in a sound bath of feathery falsettos if this neo-soul fantasy duel came into fruition. These lightweight lovers would go round for round with their debut albums that were both released in 1996. Maxwell would queue the nostalgic with “Ascension (Don’t Ever Wonder)” “Sumthin Sumthin”, “Til The Cops Come Knockin’”, “Fortunate” and “The Woman’s Work”. Eric Benet’s contributions with “Femininity”, “Harriet Jones”, “Georgy Porgy”, “Spend My Life With You”, and “Sometimes I Cry” are stratospheric. Both soul men share soundtrack hits respectively with “Let’s Not Play The Game” and “Poetry Girl (The Best Man Soundtrack), Maxwell’s “Fortunate” (Life Soundtrack) and Benet’s  “Love Don’t Love Me” (The Brothers Soundtrack). We can only pray for an upcoming invitation to this sweet serenade.

Usher vs. Usher
There has been some recent chatter about who would be an equally matched competitor for Usher Raymond IV. Let’s be honest, there is no living male singer who has the catalog, charisma or vocal ability strong enough to face-off against Raymond’s rap sheet of hits including (“You Make Me Wanna”, “U Got It Bad”, “Yeah!”, “Nice & Slow” “My Way”). Cut from a cloth of a different thread count, if Usher ever decided to bless us with a Verzuz moment, an Usher & Friends format featuring collaborations and celebrations of his nearly 30-year track record would be far more fair than that Chris Brown battle ya’ll keep bringing up.

Tevin Campbell vs. Jesse Powell
Sadly, the greatest voices in 90’s R&B are also the most obscure figures in R&B today. It’s a game of Where’s Waldo whenever you happen to catch a Tevin Campbell spotting on social media. Jesse Powell is completely off the grid with no digital footprint whatsoever. Although putting anyone up against The Book of Tevin is a risk, Jesse Powell’s vocal range seems the only adversary for the golden child of the era. Campbell may be the predetermined victor due to volume of songs (“Can We Talk”, “I’m Ready”, “Tell Me What You Want Me To Do”) but if Jesse has been on vocal rest since his last album 22 years ago, the adrenaline behind every soaring note of his signature ballad “You” just might make Tevin sweat.

PS: If anyone has seen Jesse Powell, please report immediately to 1-800-ZUMBLE.