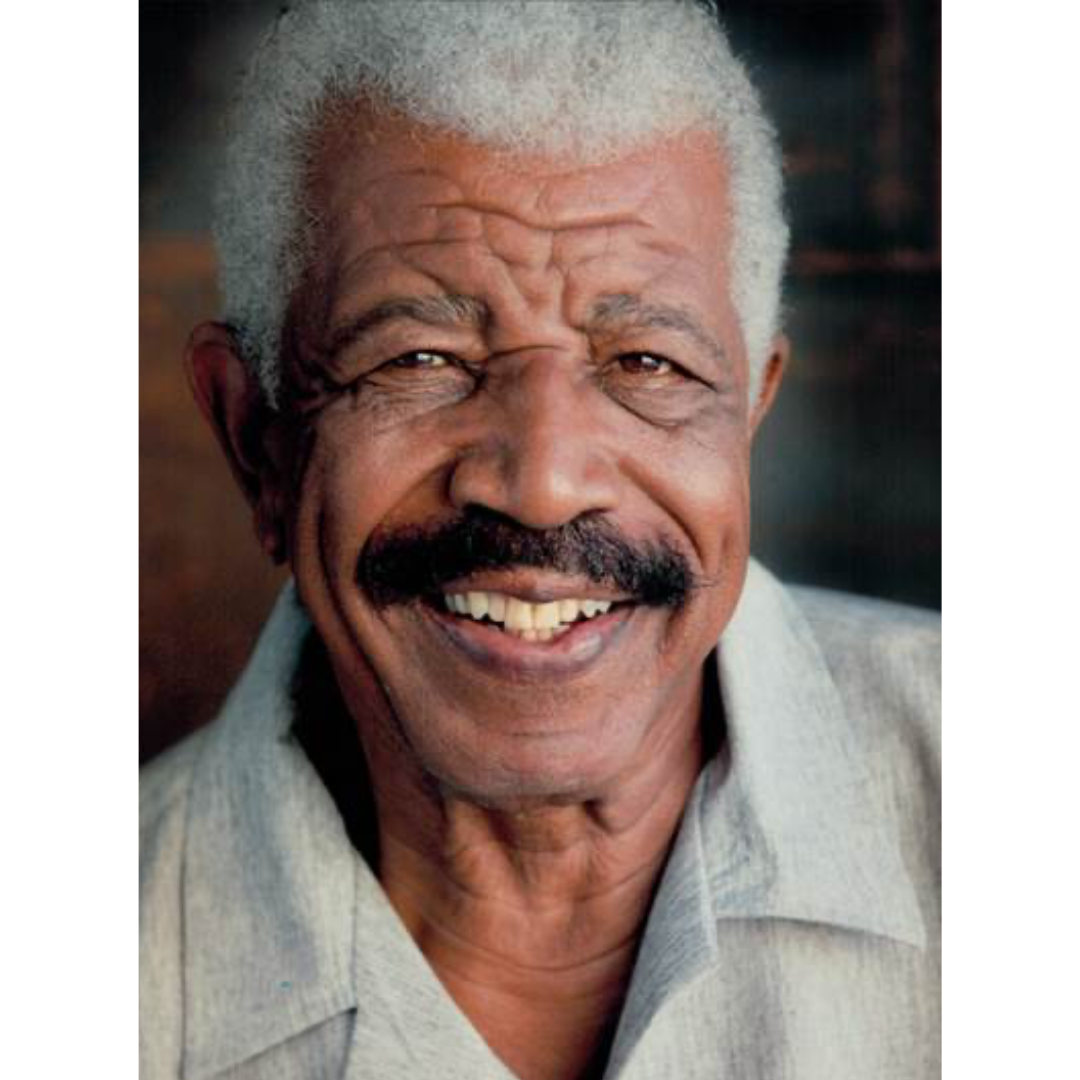 Funny, charismatic, and innovative are all words to describe the legendary actor known as Hal Williams. He’s been a veteran of this industry for over 50 years. You may know him as Smitty from Sanford and Son, Harley Foster from The Waltons, or his most notable role as Lester from 227. In this Zumble exclusive interview, Mr. Williams opens up about his journey in Hollywood, the lessons he’s learned, and what it means to be a legend in this industry for over half a century. Here are a few highlights from our conversation.

Shan Britton: I am so honored to be speaking with you today.

Hal Williams: Oh, I’m pleased that you thought of me and decided to have me.

SB: So many fans like myself, grew up with you and know you as Smitty from Sanford and Son or Lester from 227. Can you tell me a little bit about your journey and what got you interested in acting?

HW: Oh, I’ve been in this, in acting since I was seven years old. I grew up in movie houses. I see old black-and-white films now. I still know the dialogue. It was never foreign to me just something that in the generation I grew up in, was just out of the question being a black person to even think that, it was a possibility of it. I was in plays and stuff like that. And still, I never thought of it as a profession. It wasn’t until the I Spy show with Bill Cosby and Robert Culp, that I saw black actors getting a break from playing something besides a maid or a butler. So I said, you know what? I am not very happy with what I’m doing now. So I took off for three years and it’s been 52.

SB: Well, that is amazing to know that you have over five decades of experience in this industry.

HW: With all, its peaks and valleys and, and everything else, there’s, of all the things I’ve done and tried to do, this is the most rewarding. Even though it is primarily a profession that’s built for the most part on rejection. When I talk to students, theater groups, and stuff [about] what piques their interest, and I remind them that if you think about mansions and limousines and all that stuff, forget it. Because overnight [success] could take you 25 years. It’s like a bad measure. You really have to love it and stick with it.

SB: I can definitely see that. What role of yours do you think has had the greatest impact on you and why?

HW: I’ve always leaned toward my dramatic skills because don’t that many people know I have ’em. They haven’t seen me in Roots. They never saw me in the Waltons in shows like that. So they didn’t see me in Roots to the next generation. As you said, the first thing they think about, I’m proud of it, is Sanford and Son, 227, and Private Benjamin in all comedies, you know? I’m the most proud of the fact that I’ve been able to keep a foot in both camps.

HW: Well, the changes now, I like to think that I had a little something to do with the fact that people coming into the business, especially the young people now blacks have more power than they ever had before. Young black people, Issa Rae, people like that, that have their own production companies and doing their own stuff, calling the shots and everything. That was never prevalent when I was coming through. It was a white-run industry that wanted to tell us how to be black.

SB: Is there any role that you have been a part of that you feel might have typecast you?

HW: No, I won’t let ’em typecast me. I won’t do a role that I feel uncomfortable about. I’ve never done a role I was ashamed of. I [never] intend to because it goes beyond money. I have to look in the mirror and I have grandchildren and great-grandchildren and children. You know, I have a family and I’m not gonna do anything that’s embarrassing. My family has to be subjected to ridiculing and stuff because I did that. It’s Not worth it to me.

SB: So you’ve recently celebrated some television and film milestones such as the 50th anniversary of Stanford and Son and the 37th anniversary of 227. How does it feel to be a part of such groundbreaking and culture-shifting shows?

HW: Well, you know, I’m proud of it. I’m glad it’ll probably go down to entertainment history books one day long after I’m gone that people will see my image, point to me and be proud, and have good things to say about it. I’ve always tried to work and be true to our culture. That’s very difficult in a business that you don’t have control over. That’s why I’m so proud of young people. Even the rappers that come along now, they maintain control of their stuff. It is a rewarding career that’s afforded me the opportunity to go travel, see and do things I never would’ve had the opportunity to do. And I’d never been away from home until I left home to come to California. And I’m glad I made that decision. I gave myself three years. And like I said, it is been 52.

SB: What advice would you give someone who’s just embarking on this journey?

HW: Be prepared for disappointment. There’s no guarantee that you’re gonna be successful, you know, so just be prepared. Never stop being involved. Theater is my first love. As a matter of fact, I do plays for free near over here to college where I live because of my love for theater. But theater is the best training you could ever get. Get in a theater group and learn from the bottom up. Learn how to build sets, learn how to create characters, and all that kind of stuff. It will sustain through whatever you run into in, in trying to establish a good career.

SB: Some great advice. So, Mr. Williams, you’re working on a cookbook. What inspired your love for cooking?

HW: My great-grandmother taught me how to cook. My great-grandmother raised me. I wasn’t raised in the house with my parents. I was raised in the house with my great-grandmother during the World War II years and everything. Most people were away working in the defense plants, aircraft, factories, and everything. It was easier to put me in her house where they didn’t have to worry about me cause they were getting up at four and five o’clock to go to the plant to work all day. She ruled me with an iron hand, but she loved me to death and she taught me to be a survivor. She really didn’t think I was ever gonna find a woman that was good enough for me, according to her [laughs]. So she taught me how to sew, wash clothes, cook all of that. And that’s how I learned.

SB: Wow. What are some of your favorite recipes to make? What can we expect in this cookbook?

HW: Oh, I like soul food, comfort food, Mac and cheese, gumbo, spaghetti, pork chops and gravy, all that kind of stuff. Greens, everything, just depends.

SB: That sounds amazing. You know, I need all the help that I can get around these parts. I’m looking forward to your cookbook. [laughs].

SB: When you are with your family, what is the one thing that they request for you to make?

HW: Usually my girls, my, daughters, and granddaughters want me to make gumbo or they want me to fry a turkey. They love seafood. So anything with seafood, jambalaya, and stuff like that. Mainly they want me to cook. That’s the thing.

HW: It’s part of getting together as a family. So, you know, I love it.

SB: Mr. Williams, what do you want your legacy to be?

HW: My legacy is that I try very hard to be a good person and support things that would make it better for the next generation coming. That’s the truth. That’s what I’m all about. And I’ve always been. I want to know that somewhere down the line, somebody’s gonna realize that Hal Williams was one of the people that started this trend and got it developed and brought to reality.

SB: That’s a great legacy live and lead with. What’s next for you Mr. Williams?

HW: Most of my time gonna be dedicated to writing this book and, keeping my health together. Continue to work, cause I love what I do. And I wanna be able to work to the very last day. I’m in a business where you don’t have to retire. But you grow (older), you just play older. Play what you are so you don’t have to ever quit. So I don’t intend to, I hope I can keep good, maintain good health all the way.

This interview has been condensed for editing and clarity.