Movie Review • Making his directorial debut, Martin Lawrence gave viewers a visual representation of the quote “Hell hath no fury like a woman scorned.” A Thin Line Between Love & Hate was a different role than what we were used to seeing him in. There was comedy but the drama was heavy in this film.

We can give Lynn Whitfield (the Queen of drama) all her flowers for giving every man that ever watched this movie a reason to watch how he treated women. There are some actors who will forever carry a fictional character with them, and Brandi will always be the character Lynn will be known for. She played this role so good, people assumed she was crazy in real life. Brandi was the type of woman that you only had to hurt once & it was hell from there on. Darnell should have left her alone when she turned him down the first time, but a man only see’s rejection as a challenge & Brandi gave him a challenge he wasn’t prepared for.

Darnell was the ultimate ladies man & he knew he had to get Brandi by any means. Darnell & Brandi had one thing in common, they both always got what they wanted. What they would do to get what they wanted was the difference. She was a “til death do us part” type of ambitious, and there was a limit for him. If he would have never told her he loved her, she probably wouldn’t have gone as haywire as she did. There are certain people you can’t tell those 3 magic words to unless you’re ready for the type of passion that comes with it. 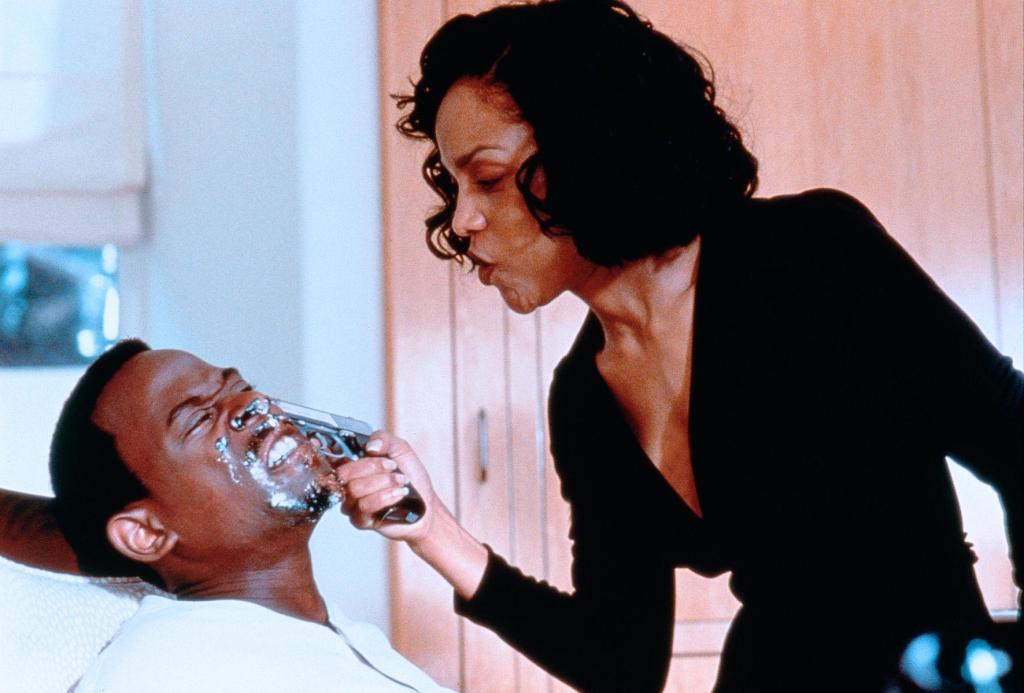 There are always debates on who was wrong in this situation & they were both wrong. He should have never led her on the way he did, & she shouldn’t have gone fatal attraction on his a**. The scene where she said “You can trust horses, they don’t let you down. People always let you down, especially men.” You know, I don’t completely agree with that because I’ve seen some horses go nuts on people too. If I was Darnell, that quote would have been the hint to watch how he treat her.

This film was the ideal mix of drama, romance & comedy. It wasn’t all over the place like some films that try to have multiple genres. The comedic timing throughout the movie was perfect, specifically the scene where Brandi threw a brick through his truck window at his mama house. Martin holding Della Reese back while she cussing them both out was hilarious. So ladies & gentleman please watch how you treat people. You don’t want to end up in a tub full of water with a radio being thrown in it.