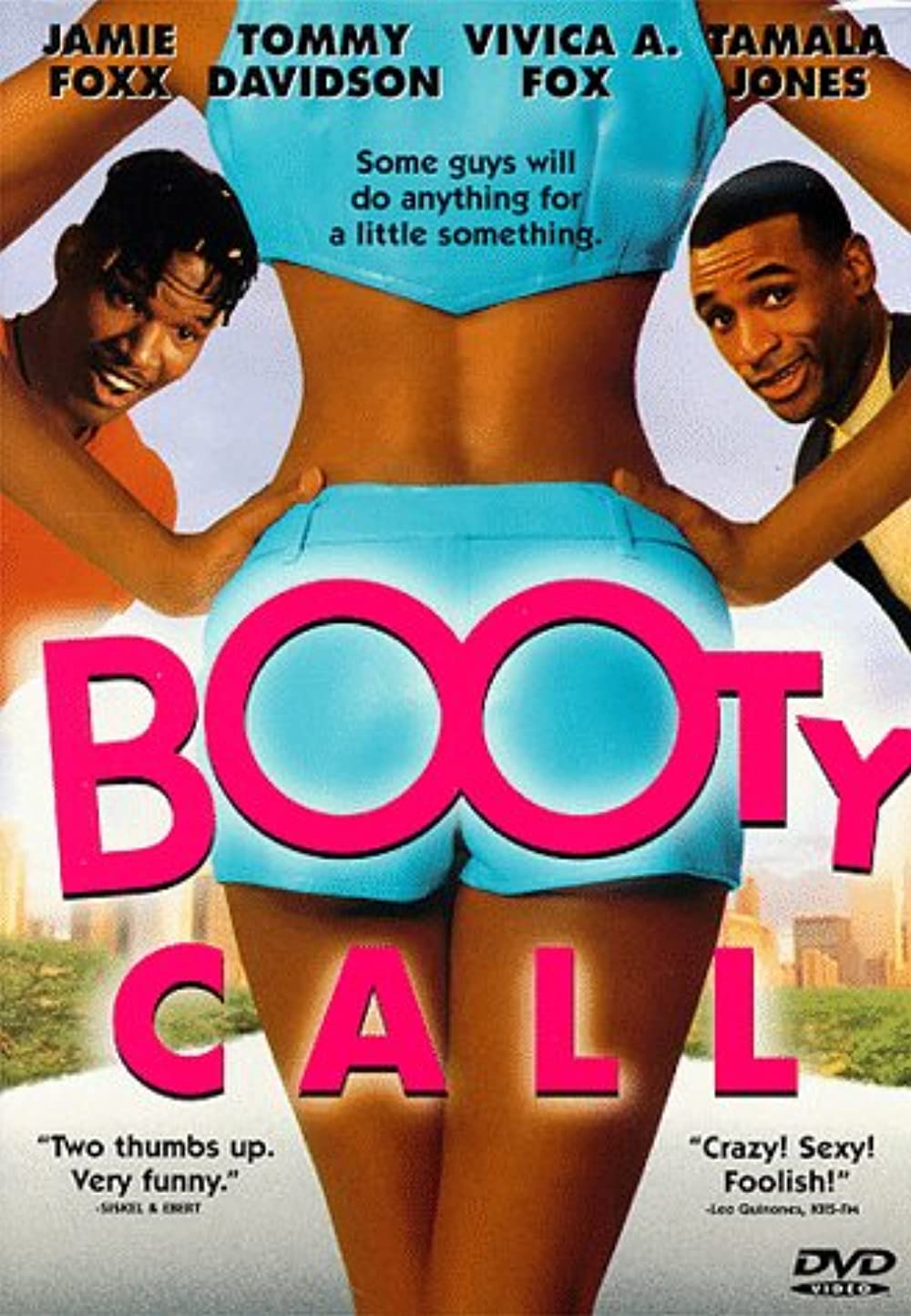 Movie Review • Can you believe Booty Call was released 25 years ago? When 2 OG’s from In Living Color like Jamie Foxx & Tommy Davidson get together for a movie, you know it will be a good time. Tamala Jones & Vivica A. Fox were the perfect opposites for those two. The comedic timing from both set of friends is what set the tone for the movie.

Rushon & Bunz were the total opposite of each other & I don’t understand how they were best friends. Rushon was the “good guy” that seem like he actually respected women. Bunz on the other hand was ready to bust down anything with a pretty face & a fat a**. Although they were opposite, they made sense as friends. Both friends can’t be reckless, one must be the reasonable one or else things will never go right. I wish Jamie & Tommy would have given us another movie together, they had good comedy chemistry.

I love how they described Lysterine as this classy woman, yet she was named after mouth wash. Spelled with a Y not an I. Lysti was classy but that Lysterine side would come out at any moment. If my mama named me that, just know I’m legally changing it as soon as I can. Nikki gave off the cool friend that always try to calm things down when stuff hit the fan. I’m sure she had a little fire in her if you pushed her hard enough, all women like that do.

Of the hour and 19 minutes of this movie, the hour was spent with Bunz & Rushon having the hardest time trying to get the skins. Every time they would get close, Nikki would send them to the store to get some form of protection. I felt sorry for the brothers, because I don’t know a man who will go through all that just to bust something down. Rushon had it the hardest, that man lowkey took a bullet for the kitty, almost got his Johnson sliced up in the hospital. Thank goodness for no insurance.

I wouldn’t consider Booty Call a classic or a must watch, but it’s one you put on when you need a laugh or just have something playing in the background while scrolling through your phone. It had some good memorable quotes, my favorite was “You got to lick it before you stick it.” The store clerk scenes were some of the best especially when Bernie Mac made a guest appearance. It’s a memorable movie but not one people list as in their top 10, or possibly in their top 20.