Movie Review • Ah! Tales from the Hood, one of the few horror films I will actually watch. Directed by Rusty Cundieff and executive produced by Spike Lee, this horror comedy is another cult classic that I think is one people have a love hate relationship with. We love it because it touches on real life issues but we hate it because the acting wasn’t the best and it came off semi low budget.

Mr. Simms (Clarence Williams III), a very creepy mortician tells four stories of how the bodies in his mortuary died to some drug dealers that came by his funeral home looking for drugs. Each story touched on the different problems that black people go through now. From police brutality, domestic abuse, racism and gang violence. 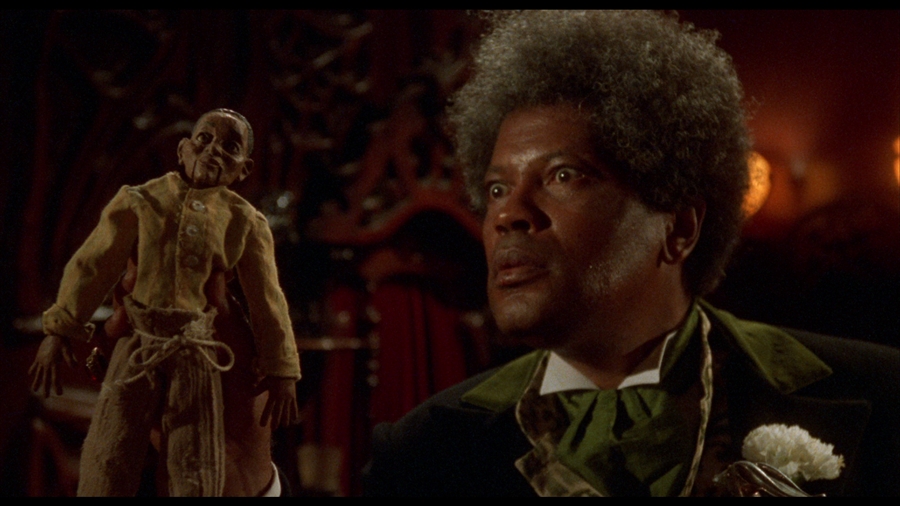 The “KKK Comeuppance” with the creepy dolls used to be my favorite story until I recently watched it, and the “Hard-Core Convert” with Krazy K (Lamont Bentley) is now my favorite. Some of the lines in that story really hit different, especially when Krazy K was in the cage beside the clan member. When he asked Krazy K “what color were the people he killed?” and Krazy K knew exactly what he meant, that’s when I knew this story was deeper than just gang violence. 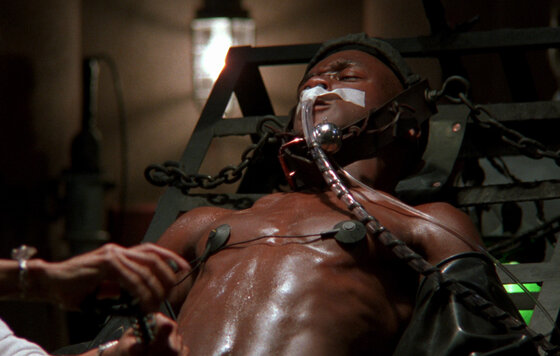 The “KKK Comeuppance” story scarred me for life with those creepy dolls. When the dolls went missing from the picture, it was time to hit ALL the lights. This story reminded me of Lake Lanier in Georgia, where if people go out on that lake they sometimes don’t make it back. Lake Lanier used to be a black community but racist came and destroyed it and turned it into a lake. The tale behind it is that the ancestors are beneath the water and they’re snatching bodies.

Each story had it’s purpose but those two stood out the most. The best part of the movie was when the drug dealers found out they weren’t in an actual funeral home but in hell after killing Krazy K, only to be killed by Krazy K’s crew. “This ain’t no funeral home! It ain’t the Terror Dome, neither! Welcome to Hell, motherf*ckers!” One of the best lines in the movie. If you haven’t watched it before or need a refresher, check it out on the Starz app. Check out In Living Culture Podcast where we dug a little deeper into the movie.

Introduction to the Classics