Movie Review • Before I start this article…why didn’t anyone tell me the same guy that voice Elmo also voiced Master Splinter?! Thought ya’ll were my people! YOU DISGUST ME! You don’t disgust me as much as the 3rd TMNT movie but that’s another discussion. Leonardo, Donatello, Michelangelo, and Raphael would never betray me like that & that’s why they will always be a childhood favorite.

Named after the creators favorite Renaissance artists, these brothers were already a household favorite in the late 80’s with their cartoon. Once the independent film dropped it became the highest grossing independent film until 1999. Although they started as a cartoon, I feel like the movie made us look at them as if they were real, at least for me. When I watch it, I never think to myself “talking turtles is so unbelievable.” Their brotherhood & personality made you want to actually kick it with them. You would always be safe, there would be non-stop laughing & you will never go hungry eating pizza.

Mickey is of course the star of the family. He had the best personality & was always down to have fun. He had the youngest sibling trait & got on his brothers nerves every chance he could get, but he was also the charmer. Although the turtles all hatched at the same time, Leo gave the oldest sibling vibes. He was the responsible one who kept things in tact with his brothers. Donny & Ralph gave middle child vibes, but we loved them all for different reasons. 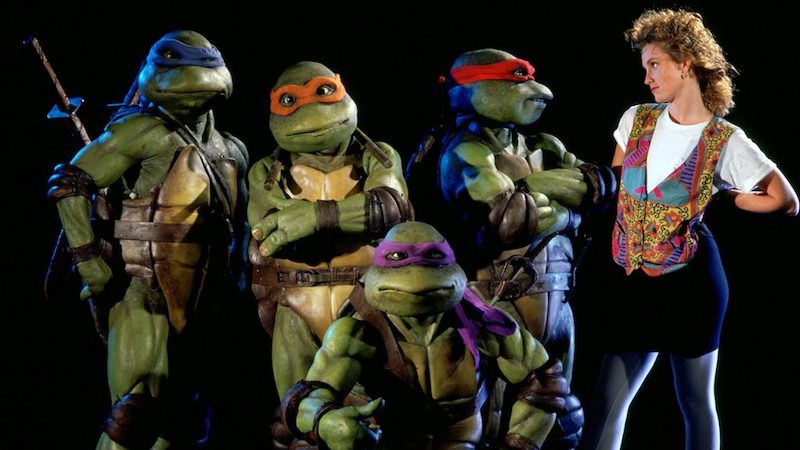 If you ask me why I love this movie so much, there really isn’t a detailed explanation for it. It’s honestly just a fun movie that no matter how old I get it will always be enjoyable. The acting was great, & the special effects were on point for a 90s film. TMNT had me outside thinking I was a ninja doing roundhouse kicks in my backyard, just incase somebody son wanted this smoke.

Master Splinter was the definition of “cool as a cucumber.” He probably took 10 steps the entire movie & still took Shredder down. Shredder is one of my favorite series villains because he had a legit reason of why he hated Splinter. He cut that man face & left a scar that he can’t get rid of, I’d be mad too. Although the original April O’Neil didn’t reprise her role in future TMNT sequels due to her own complaining, she was my favorite. Her character just felt genuinely good with the turtles & she was funnier.

Personally, TMNT is a classic & I wasn’t even into their comic books. The movie pulled me in & has had a chokehold on me since. “GOD I LOVE BEING A TURTLE!!“