Album Review • “Listen to instructions carefully. While bumpin’ this album in your jeeps. Aaliyah’s got a 90’s swiiiiing. So be careful with the volume please.” The Intro to Aaliyah’s debut album was the perfect setup for how the rest of the album would flow. Who would have known a young 15 year old from Detroit would take the world by storm with her smooth vocals & street vibes.

With the production & writing of R.Kelly the first single, a sample of Cameo’s “Back and Forth” Aaliyah gave her audience a fun weekend cut. With her laid back vocals, this song was definitely a take your doors off the jeep type of hit. Whenever asked what type of music she made, she always mentioned “jeep music” and listening to it now it would have done some damage in a jeep. The second single “At Your Best (You Are Love) an Isley Brothers cover became an instant classic whether it’s the original or the remix. Aaliyah obviously loved the Isley’s because she would soon after cover their hit “Choosey Lover.”

The third single “Age Ain’t Nothing But A Number” was met with negative criticism due to the lyrical content of a younger woman dating an older man. Ya’ll know the backstory, no need for me to bring it up. All I know is, my little young ahh was singing this song at the age of 9 with not a care in the world. I just knew it was a nice groove. Can we really get into the MVP songs on the album real quick? We can? Cool! 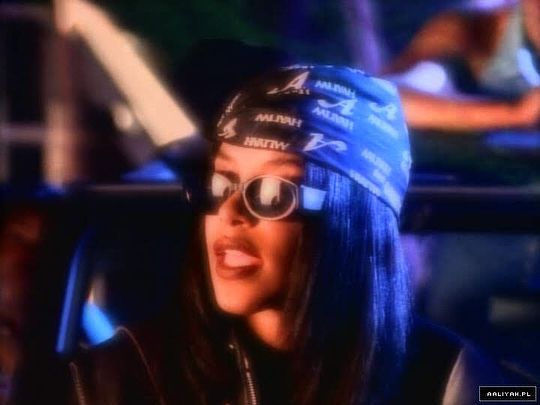 First of all, “Street Thing” and “Young Nation” were personally the best songs on the album. The vibe “Young Nation” created is undeniable & it still feel good when it come on. When I listen to it, I literally picture myself rolling with my hair blowing in the wind. “Street Thing’ is such a 90’s mid-tempo vibe & that’s what makes it so special. This is probably one of my favorite songs vocally of Aaliyah. Although she wasn’t a vocal powerhouse, she knew her range. She always did a good job at holding that alto with a hint of soprano note. It’s a skill knowing how to stay in your range & some of these new R&B girls don’t understand that.

Of the 3 albums Aaliyah made, I feel like this one flowed the best. Everything was pretty consistent as far as production. R.Kelly put his signature sound on each song & just added Aaliyah’s smooth vocals to top it off. They wanted to make Jeep music & this album is exactly that.