Music Review • When En Vogue is brought into a 90’s conversation, vocals should be the first topic brought up about the group. In my opinion, no one is touching En Vogue vocally. Each member’s range was so pristine, that their harmonies were hard to imitate. From Dawn’s soprano to Maxine’s lower register then Terry and Cindy coming in with their soprano/alto notes, their voices were perfection.

Their 2nd album Funky Divas showcased that their vocals are not just for R&B records, but they can also give you some heavy metal. We’ll call their hit “Free Your Mind” R&Metal, because it blended R&B & Metal perfectly. The anti-prejudice hit gave En Vogue one of their many Top 10 hits that was performed on SNL for the first time, & A Different World. The video for the song is still a fan favorite with them walking the runway in their leather fits & extravagant hair, there was no denying it was an entire hit!

Another hit from this album “My Lovin’ (You’re Never Gonna Get It)” is one of my favorite En Vogue cuts. That breakdown is still one of the greatest breakdowns of all time. VH1 didn’t rate it as #43 on its list for “100 Greatest Songs of the 90s” for their health. They knew harmonizing perfection when they heard it. The third hit single from the album, a cover of Aretha Franklin’s “Giving Him Something He Can Feel” is one of the greatest covers of all time. If we’re being honest, I like their version better. The way they harmonized it took the song to a different level. They made it their own while still keeping the original sound. 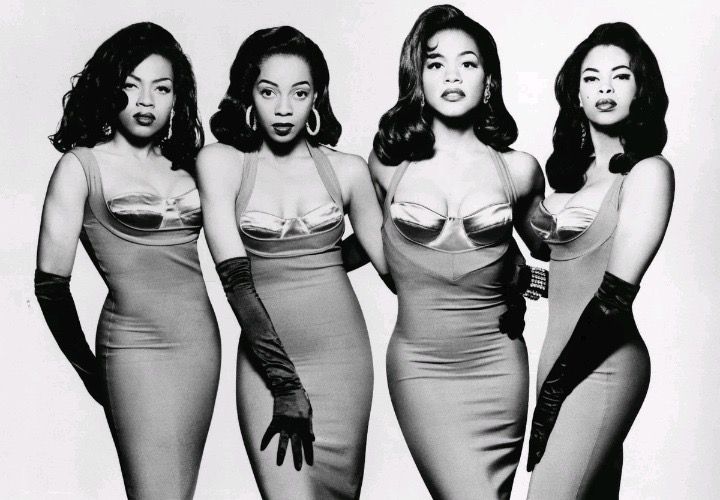 The last two singles “Give It Up, Turn It Loose” & “Love Don’t Love You” were not as successful as the other three singles but they were still pretty good songs. “Give It Up, Turn It Loose” was a feel good track. Lead by Maxine, it’s one of those cuts you play when the sun is out & you let the top down & let the breeze hit your face. “Love Don’t Love You” is more of an upbeat jazz vibe with the piano keys & their doo wops. All they needed was some scats during a breakdown & they would have had themselves a 1920’s swing cut.

Honestly with the vocals En Vogue carry, they can sing about a bum bump & make it sound good. They are one of the few groups who will still grab your ear even if the beat isn’t hitting because those vocals will hit you first. This album showed En Vogue can sing any genre & make it a hit. 30+ years later & the ladies are still doing shows & giving us those 90’s harmonies that we love. Give En Vogue their flowers!