Album Review • On this day 25 years ago, Aaliyah released her sophomore album One in a Million. With the help from newcomers at the time Timbaland and Missy Elliott, Aaliyah brought a more sensual sound and look while still giving that street vibe like her previous album. It’s also the project that put Missy & Timbaland on the music scene.

To introduce the album, “If Your Girl Only Knew” became the lead single that gave funk with a splash of pop with that organ and bangin’ bass. The second single, a cover of Marvin Gaye’s “Got to Give It Up” was only released as a single in certain international markets so it didn’t get much airplay in the states. The video for the single featured Marvin Gaye and Aaliyah dancing side by side. Watching it now is a little emotional because I imagine that’s them in Heaven groovin’ together. 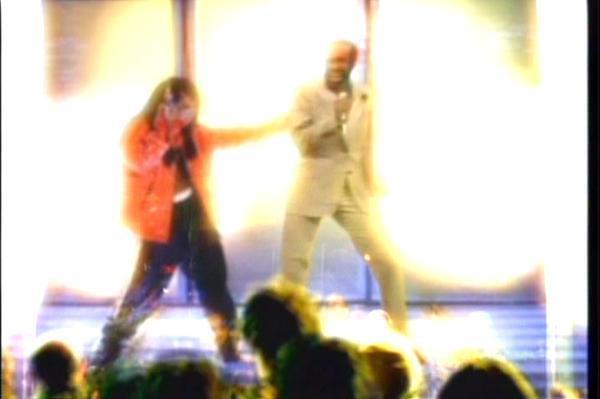 The last four singles released “One in a Million”, “4 Page Letter”, “Hot Like Fire”, & “The One I Gave My Heart To” really gave Aaliyah that star status. Timbaland came in with that drum machine & created a new sound with “One in a Million” that people weren’t used to but loved. Then they gave us a love song that had us all trying to write a “4 Page Letter” to our little boo. Had my hand all cramped up, and that fool probably didn’t even read it.

“Hot Like Fire” was another bop that people slept on, which I talk about in a previous review so check it out. It really should have gotten more recognition than it did, especially the video. The last single “The One I Gave My Heart To” still get me in my feels, especially if I’m watching the video. When that lady was outside singing in the rain with her freshly pressed hair, I knew she was hurt.

This is one of her best albums, next to the red album “Aaliyah.” It showed her growth as a young woman while also introducing the world to my favorite producer Timbaland and my favorite all around artist Missy. She kept her street appeal but added a grown woman vibe to it and it showed lyrically and visually.