Album Review • This month we celebrate 26 years of SWV’s sophomore album “New Beginning” and the maturity of this album definitely showed their growth from their first album “It’s About Time.” They wanted the world to know that this was a new beginning for them by their fashion & lyrics. By having more control as writers on this album Coko, Taj & LeLee were no longer the early 20’s & late teens you knew in 1992.

Their first single “You’re the One” gave the girlies something to talk about. I never fully understood the lyrics until I got older, but that one line that made me press rewind was “I know that you’re somebody else’s guy, but these feelings that I have for you I can’t deny.” Chile, this whole time I thought this was a love song when it was really a R&B version of “I’ll Take Your Man.” Nonetheless, the song is still a BOP & it hitting number 1 on the Billboard Hot R&B Singles proves it.

The second single & one of my favorite SWV songs, the Neptunes produced & written track “Use Your Heart” is a timeless record to me. The beat just feels good when it drops & Coko’s tone on this record is so smooth. My favorite part is when Taj come in on that bridge with her alto tone & effortlessly take the song to a new level. This song is personally an underrated song for SWV that I feel people don’t bring up enough & it really upsets me & my homegirl. 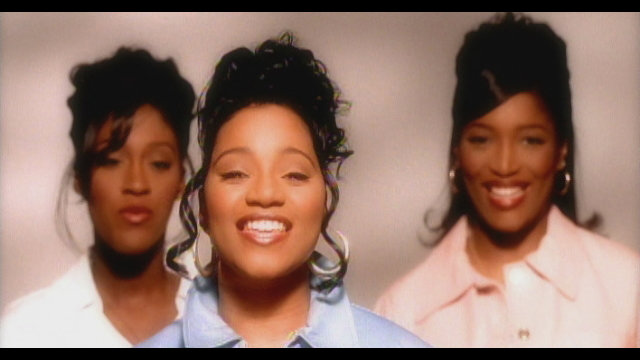 Their third single “It’s All About You” gave a pop vibe with that mid-tempo & high bassline. Taj taking the lead was nice to hear & the first time not having Coko as the lead. This wasn’t one of the best songs to release as a single, I think it should have been “Fine Time.” To me it was just a better song production wise. It gave “Weak” vibes & I think it would have done a better job on radio. That release felt like a record label decision to give them another mid-tempo single.

Although it took them 4 years to release their sophomore album I believe it was worth the wait. Quality takes time & they knew as they got older it would show in their writing & vocals. Taj told Billboard in 1996:

“We’ve all grown a lot since our first album, and we wanted to show that. So in addition to not looking so boyish fashion-wise, the lyrics on our songs are more mature — which is a direct reflection of us since we had a big part in the writing.”

Their mission was accomplished & the R&B world appreciated it in 1996 & still appreciate it 26 years later.