TV Review • Ima let you finish, but Living Single is the greatest sitcom of all time. That’s my opinion & ima stick beside it! Argue with ya mammy, not me! Living Single was only the 2nd sitcom to feature four African American female leads, after 227. Although the show was originally titled ‘My Girls’ I’m glad they chose Living Single, it was a better fit for all the characters.

Every female could see themselves in each character. Whether it was the quirky personality of Synclaire (Kim Coles), the cool laid back and leveled Khadijah (Queen Latifah), the diva Regine (Kim Fields) or the unapologetic witty Maxine Shaw (Erika Alexander). Each character carried the show in their own way, where as most shows usually have that main character that is the star. Yvette Lee Bowser was in her duffle bag when she created these characters.

You can’t have a female led show without adding some testosterone into the mix. Overton (John Henton) & Kyle (T.C. Carson) were the perfect balance to add that male touch to the show. Overton was that good guy that made everything in life seem simple, which is why he & Synclaire were a match made in Heaven. People don’t talk about them as a favorite tv couple and personally they’re my favorite. Give me a man who was as head over heels as Overton was about Synclaire any day.

Then you have the suave Kyle who was a very successful stockbroker that had some of the best verbal altercations with Max. All that tension eventually led to them slapping skins on that dusty recliner Overton found. That episode was legendary because I don’t think anyone would have predicted those two would eventually get together. They probably had one of the most toxic relationships from a 90’s sitcom, and we loved it. 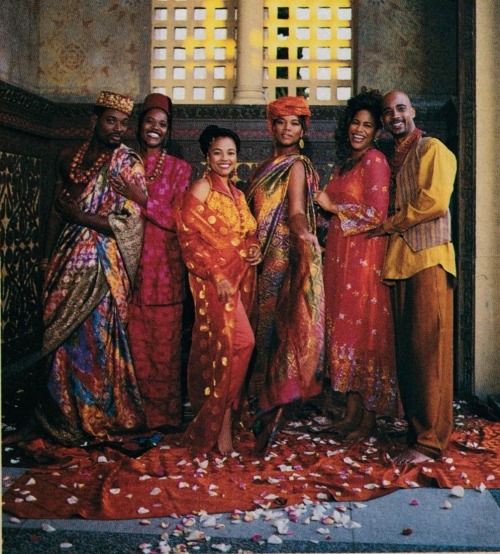 What I loved most about Living Single is how Khadijah stayed with a honey dip on her line. Seeing a full figured woman that didn’t have to do much but be herself while pulling all the men was refreshing. I knew Khadijah was on her playa ish when that lady had two dates in 16 hours with a pop up from her ex Scooter (Cress Williams) right before she was about to go on her 3rd date. Listen, Khadijah had the boys wrapped around her pretty little fingers.

With it being the most watched sitcom in African American households for all five seasons, Living Single deserves that G.O.A.T. title. I could talk about this show all day but I don’t think there are enough characters. Just know that hell is hot if you think this show was not a staple for the black community.