Video Game Review • Mario, Luigi, Princess Peach, Donkey Kong Jr., Yoshi & the other favorite Super Mario Kart characters will all turn 30 this year. Although the Super Mario series started in the 80’s, this sub-series is considered the most successful of the many series. From the trash talking from Yoshi, Bowser & Donkey Kong Jr., to the champagne popping of Princess Peach & Bowser. Super Mario Kart will go down as one of the greatest video games ever created.

The developers of the game originally just had a regular man in overalls as the main character. There was no actual racing, just two cars freely moving around. Then they added Mario to see what it would look like with him in it, and they loved it! For Mario to have been the main character of the game, I feel like most people never chose him as an actual driver. Personally, Princess Peach & Toad were my favorites. Princess Peach was the only female character at the time so it was mandatory I beat up all the boys with her. Toad was a favorite because he reminded me of a cute baby.

As soon as you heard that “DING” when the game first came on with all the characters cruising across the screen while choosing 1 or 2 players and choosing the game type, you knew it was go time! If hearing those little engines roaring at the starting line don’t take you to a place of happiness then your childhood wasn’t a childhood. The Mario Kart soundtrack was lowkey lit too, they had some bops with those instrumentals as you zoomed past other players while trying to run over gold coins & dodge the banana split. 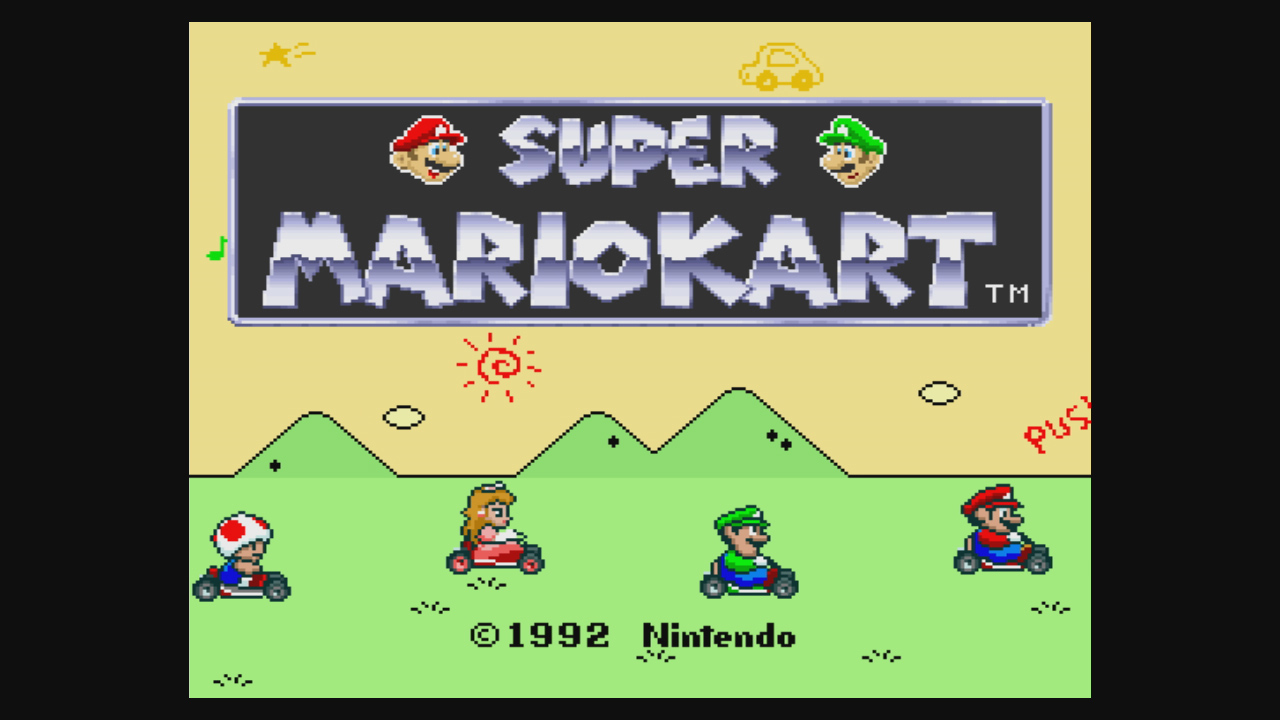 Of all the sub-series released for Mario Kart, that OG Super Nintendo version hit different. When I think of Mario Kart, I automatically picture that version. Another version that I used to love was Mario Kart 64, and it’s probably because the Nintendo 64 is my favorite game system of all time. I honestly don’t think I got into many of the other versions after the 64 release. I know they have way more characters to choose from now, and the newer versions are giving full neon colors. I’ll leave these new versions for the new generation & stick with the original.